Club Brugge have slapped in a bid for Spezia striker David Okereke, who has been on the radar of West Ham and Crystal Palace this summer.

The 21-year-old hitman has been on the watch list of several clubs following an impressive season in the second tier of Italian football with Spezia.

The Nigerian has been closely following by several teams and West Ham and Crystal Palace have been reportedly preparing scouting reports on him over the last few months.

Okereke has also been monitored by several Serie A clubs such as Bologna, Sassuolo and Sampdoria, but Spezia have received their first big offer from Belgium. 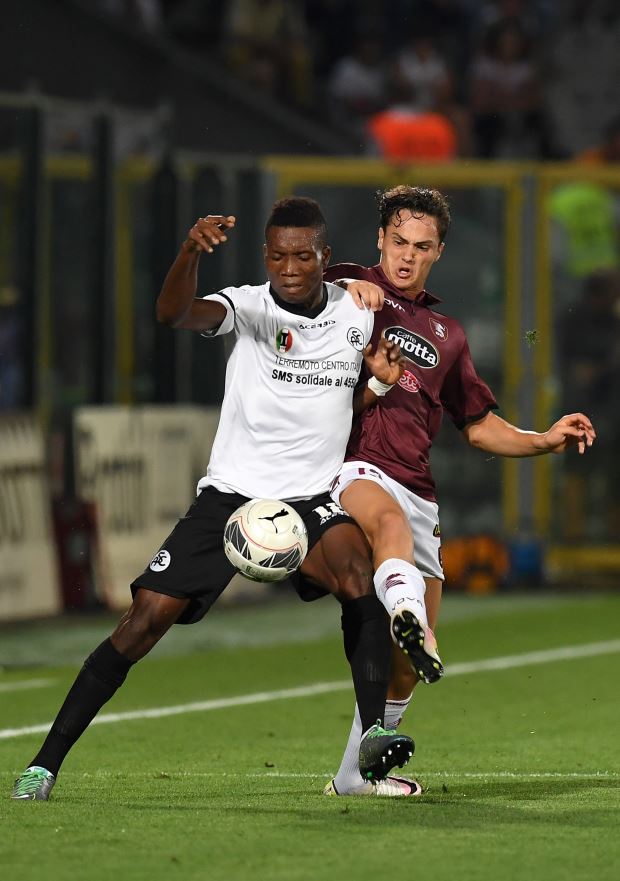 According to Italian daily Il Secolo XIX, Club Brugge have put in a bid in the region of €7m for the striker and are willing to take him to Belgium this summer.

Their bid exceeds any other offer Spezia have received for the striker since the end of last season.

Club Brugge have also prepared a five-year deal for the player and the negotiations could be concluded next week.


Okereke netted ten goals in Serie B last season and has represented Nigeria at Under-23 level.