Bayer Leverkusen forward Kevin Volland has heaped praise team-mate Kai Havertz, who has been linked with Arsenal and Tottenham Hotspur, and believes it is inevitable he will one day move on from the club.

The 20-year-old is widely regarded as one of the brightest prospects in Germany and enjoyed a spectacular campaign with Leverkusen last season.

Havertz netted 20 goals in all competitions and chipped in with seven assists for his team-mates, as he helped his team secure a Champions League berth.

In the wake of his impressive performances, Havertz has been linked with a move away from Germany, owing to interest from Arsenal and Tottenham in the Premier League, and Bayern Munich within the Bundesliga. 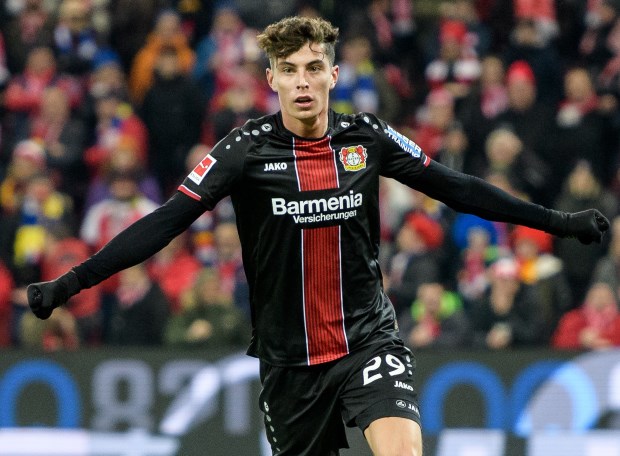 And Volland has heaped  praise on his team-mate by admitting Havertz is an outstanding talent that Leverkusen are proud and happy to be able to call upon.

“For us as a team Kai is outstanding. I've followed him since he came up [from the youth ranks]”, Volland told German outlet Sport Buzzer.

“Kai continues to develop at a top level. The increase in performance last season was emblematic of his footballing quality and personality.


“We are extremely happy that we have a player who is so versatile.”

Volland also believes Havertz should continue at Leverkusen for another season to continue his development, but concedes the midfielder could earn himself a big move elsewhere soon, if he continues his form.

“I went on holiday with a good feeling and I expected him to stay for at least another year. I think the step is just right for his development”, he continued.

“Of course, if he continues like that, there will eventually be a transfer.

"He has to decide it for himself.

"I hope he plays another season like the last.”

Havertz, who came up through the ranks at Leverkusen, has a contract with the club running until 2022.