Celtic right-back Moritz Bauer has stressed the importance of being patient and remaining calm when things do not go as planned and when he as bad games, something he feels he has learned over his career.

The Austria international joined the Scottish Premiership champions on a season-long loan from English Championship side Stoke City this summer.

When quizzed on what advice he would like to give his younger self, Bauer stressed the importance of being patient and dealing with having bad games.

The Stoke loanee believes players should remain calm when things are not going as planned as he feels it takes time to get things right. 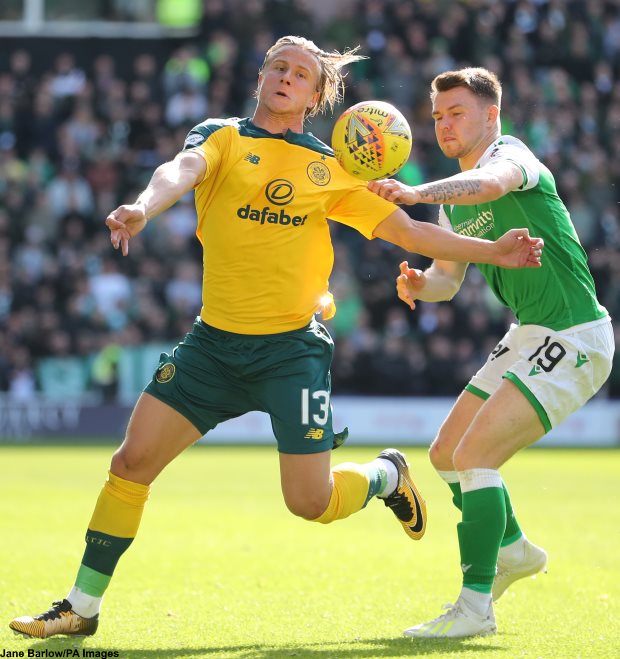 "Just to learn to be calmer when you don't have a good game, as some things take a while."

Bauer also named former Brazilian stars Ronaldinho and Ronaldo as the two players he would have loved to have played with, but admitted that he would not want to play against them.


"Ronaldinho or the Brazilian Ronaldo – just to be in the same team as them, not playing against!" Bauer said.

The former Rubin Kazan recalled Euro 2000 as the most memorable tournament he has watched and revealed that he was a big fan of the French league and Zinedine Zidane.

"It was the Euros in 2000 when France won it with the Golden Goal", the Austrian recalled.

"I was following that because I was a big fan of the French league.

"I was eight at the time and it was at that stage when you buy your first jersey, follow a team and put all the results in the Panini album.

"I was a big fan of Zinedine Zidane."

Bauer has provided two assists in the four games he has played for Celtic so far this season, as he looks to play regular first team football away from Stoke.