Leeds United captain Liam Cooper has picked out Manchester City's Kevin De Bruyne as the best player he has ever come up against, while Mateusz Klich has admitted Robert Lewandowski, his pick, would be useful for the Whites to have.

28-year-old centre-back Cooper played the entire game for Scotland as they suffered a 4-0 defeat at the hands of Belgium, who were being captained by De Bruyne, in a UEFA Euro 2020 qualifier in September.

Cooper recalled how De Bruyne assisted the Red Devils' first three goals, scoring the fourth on the night, before naming the Manchester City midfielder as the best player he has faced in his career.

The Leeds skipper pointed out how the likes of De Bruyne make things look easy, always being in the right place at the right time, and acknowledged his quality. 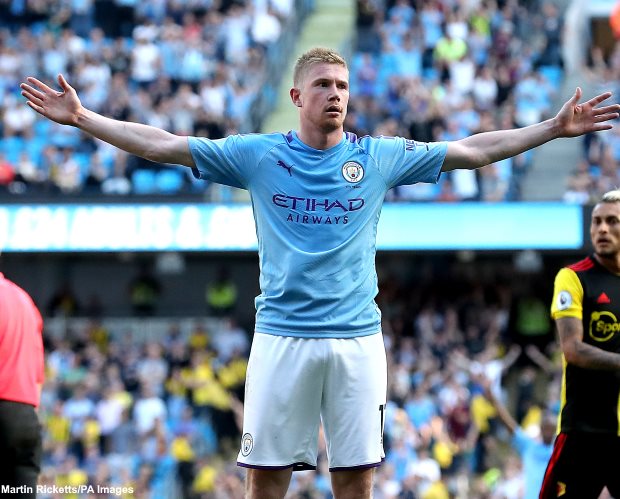 Cooper then urged youngsters like Ben White at Leeds to look up to the likes of De Bruyne, who he believes is at another level.

"I'd probably go with, it wasn't too long ago, Kevin De Bruyne", Cooper said in a recent Q&A event held at Elland Road when asked about the best player he has faced.


"It looks easy to them, they glide and they always seem to be in the right place and that's no coincidence, that's just quality.

"I think they are on the next level.

"Hopefully, one day we will get to witness that, but they set the bar and I think as a group and Ben, other young lads in the squad, they all need to aspire to be as good as them because they are unbelievable."

Cooper's team-mate Klich named Lewandowski as the best player he has faced in training and joked the Bayern Munich hitman would be usedful at Elland Road.

"In training, I'd say Lewandowski probably [is the best player I have played against]", Klich stated.

Young centre-back White, on the other hand, picked Tottenham Hotspur centre-forward Harry Kane as the best player he has faced.

Cooper, White and Klich are mainstays in Marcelo Bielsa's Leeds side and could well be taking on the best in the country next season if the club win promotion to the Premier League.