Christian Eriksen has told Tottenham Hotspur that he wants to leave the club during the January transfer window with Inter in pole position to sign him, according to The Athletic.

The 27-year-old attacking midfielder is out of contract next summer and has refused to sign a new deal with the north London club.

Jose Mourinho has sounded cryptic about the possibility of the player staying at the club for the rest of the season and leaving on a free transfer at the end of the campaign.

But it seems Eriksen is in a hurry and Tottenham have been informed that the player wants to leave once the window opens on Wednesday. 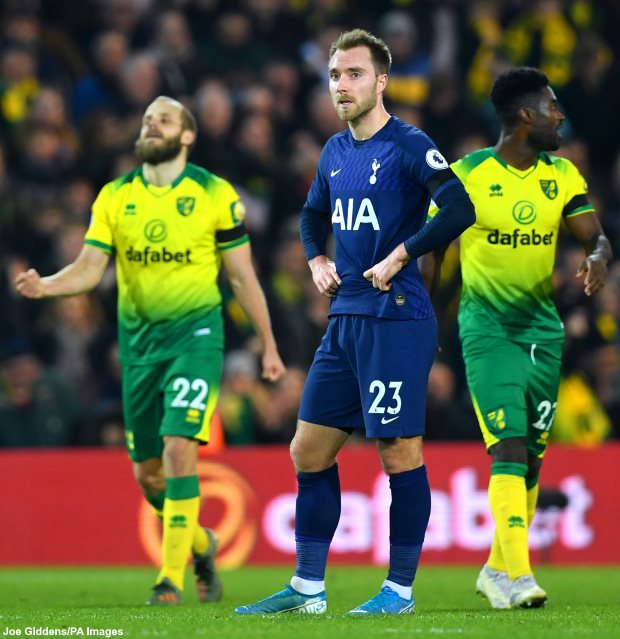 The Dane has not been a regular starter this season, with Mourinho seemingly preparing for life after his departure well in advance.

Manchester United have been interested in signing him and he has also been linked with a move to Real Madrid.

But Serie A giants Inter are the ones leading the race to get their hands on Eriksen and a January move is seemingly on the cards.


Eriksen is believed to be keen on calling time on his time at Tottenham as early as January, rather than stretching the eventual goodbye until the summer.

Lazio Attacker Reiterates Desire To Move, Everton And Tottenham Amongst Admirers French Giants Enquire About Chelsea Defender Tottenham Tipped To End Pursuit Of Linked Defender If Cristian Romero Joins If Malmo Think This Then They Haven’t Been Doing Their Job – Former Rangers Star