The Second World War interrupted and cut short the lives of millions of people around the world. The shockwaves of the conflict impacted on all parts of life and football was no exception, with hundreds of professionals being called up to fight and some making the ultimate sacrifice. This series of articles looks at how the war affected the lives of footballers from all sides of the conflict.

On a scorching hot day in 1950, a lone US sports reporter sat down in the stands of the Estadio Independencia in Belo Horizonte, Brazil. Unknowingly, he was about to cover one of the most important games in the history of United States soccer and probably the biggest story of his career.

Dent McSkimming, a writer for the St. Louis Post-Dispatch, had a vested interest in the USA’s 1950 World Cup as five of the players lining up for the ‘stars and stripes’ hailed from his patch. 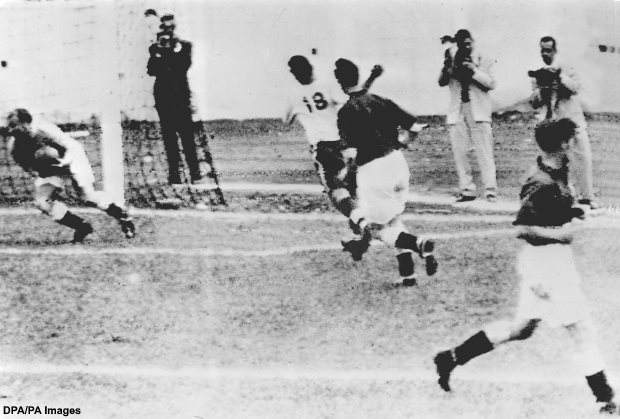 But there was so little demand for soccer coverage in America that McSkimming had had to take time off from work and pay his own way to South America. He was, in fact, the only reporter to make the trip.

But it all paid off for McSkimming and the United States when, on the 29th June 1950, the US team stunned the football world into silence as its rag-tag outfit beat competition favourites England, 1-0, in the first World Cup to be held following the end of the Second World War.

One of the players in that legendary US team was goalkeeper and fellow Missourian, Frank Borghi. Borghi, was born in 1925 in St. Louis, Missouri, to an Italian-American family. A natural athlete, he played professional baseball before taking up soccer, which was a winter game in the US, as a way of keeping fit.

His natural hand-eye coordination immediately lent itself to playing the position of goalkeeper, which was backed up by Borghi’s woeful lack of ability with his feet.

In fact, he never kicked the ball if he could avoid it, preferring to throw it after making a save and getting a team-mate to take goal kicks.

Following the Japanese attack on Pearl Harbour in 1941 and the declaration of war from Adolf Hitler’s Nazi Germany, Borghi was enlisted in the US Army and trained as an army medic. 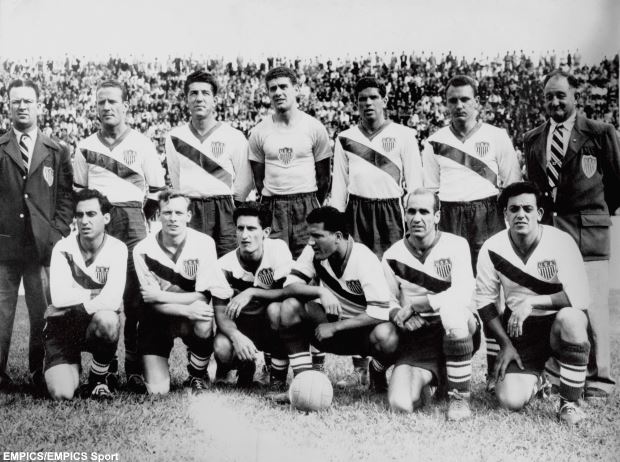 He saw combat in Europe and was awarded two purple hearts and two bronze stars for his efforts in saving injured GIs in the field.

One such GI was Baseball Hall of Fame announcer, the late Jack Buck, who was treated by Borghi after being hit during an attack near the Bridge of Remagen as the Allies pushed into Germany in March 1945.

It was after the war ended that Borghi began his initial duel professional career in baseball and soccer. He eventually concentrated solely on soccer and won the US Open Cup twice with semi-professional side St. Louis Simpkins-Ford, which earned him a call-up to the national squad and a place in the starting line-up in Brazil.

The Americans had only 10 days training prior to the competition, with their kits arriving late as well. So unimpressed were the bookmakers that most would not even accept odds of 500/1 on the team.

But even though Borghi and his team-mates never advanced beyond the group stage, their spirited 1-0 win over England also meant their illustrious opponents would not reach the next stage.

The World Cup win is still arguably America’s finest moment in the game and saw Borghi and his team-mates inducted into the US Soccer Hall of Fame in 1976. He went on to play nine times for the United States before retiring.

Borghi continued to be asked about the game dubbed the ‘Miracle on Grass’, a reference to the US ice hockey team’s win over the Russians at the 1980 Olympic Games, through until his death. The team’s feat was even made into a film, The Game of Their Lives, which saw Gerard Butler play Borghi.