Celtic have informed Monaco that they will not sell Odsonne Edouard this month.

Monaco are set to terminate Jean-Kevin Augustin's loan from RB Leipzig, with the striker set to head out on a new loan to Championship side Leeds United.

The Ligue 1 giants are looking to make additions to their striking options and, according to French outlet Foot Mercato, have been in touch with Celtic.

Monaco expressed their interest in signing Edouard, but Celtic were firm in their message that the striker is not for sale this month. 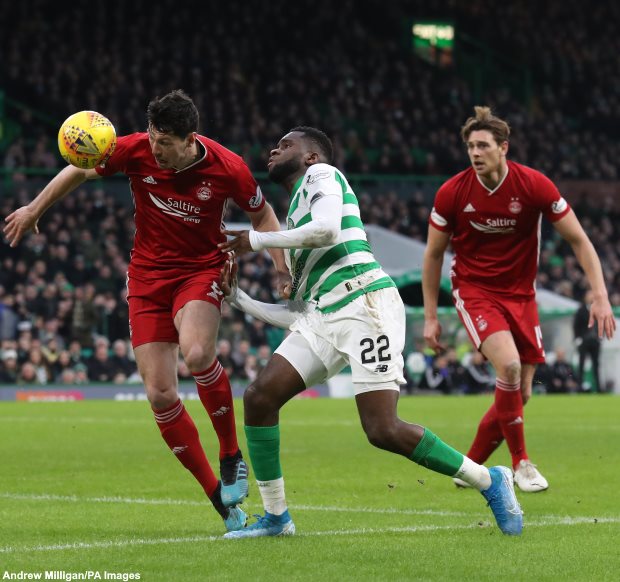 Celtic are pushing to win their ninth consecutive Scottish top flight title this season and do not want to lose Edouard.

The 22-year-old has found the back of the net on 19 occasions for Celtic this season and is the Bhoys' talisman in attack.

Celtic have Edouard under contract until the summer of 2022 and could face further enquiries for him before the transfer window closes at the end of next week.


Premier League side Crystal Palace have also been linked with holding an interest in Edouard.