The Second World War interrupted and cut short the lives of millions of people around the world. The shockwaves of the conflict impacted on all parts of life and football was no exception, with hundreds of professionals being called up to fight and some making the ultimate sacrifice. This series of articles looks at how the war affected the lives of footballers from all sides of the conflict.

Alexandre Villaplane is one of the most controversial players in French football history. Not because of anything he did on the pitch, but for what he did off it during the Second World War.

A gifted midfielder, Villaplane was born in 1905 in Constantine, French Algeria, but moved to ‘the motherland’ to live with his uncle on the south coast when he was 16.

He began his career at FC Sete in 1921 and helped the side win the championship of the DH Sud-Est every season he was there until 1924. The midfielder then moved to SC Nimes in 1927 where he played until 1929.

Villaplane became the first player of North African decent to play for the France national team and was selected to play at the inaugural World Cup, which was held in Uruguay in 1930, where he also captained Les Bleus.

Following the team’s 4-1 win over Mexico in the tournament’s opening group matches, the midfielder described the occasion as “the happiest day of my life”. It is safe to say Villaplane was one of France’s top talents at the time.

Villaplane moved to RC Paris in 1929, as they aimed to become the biggest team in France, and helped the club win the FFFA Ligue De Paris in 1931 and 1932.

In 1932, he moved again, signing for Antibes, and played in the first professional championship to be staged in France, however the team was disqualified for corruption and he switched to OGC Nice in 1933.

He fell out of love with the game and became an avid attendee of horse racing. The Frenchman did make a brief return to football as he attempted to resurrect his career with second division side, Hispano-Bastidienne, but did not finish the season after being imprisoned for his part in fixing horse races. 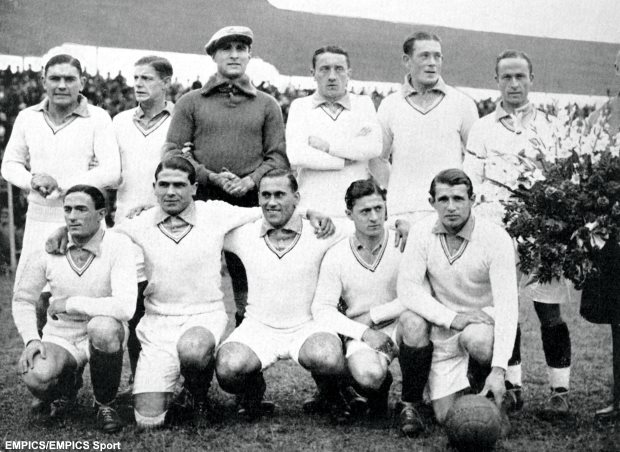 Villaplane was frequently imprisoned following the end of his football career for various criminal activates and it was these acts which intrigued the Nazis upon their occupation of France in 1940.

An accomplished smuggler and black market racketeer, Villaplane was in the company of other infamous Nazi collaborators, including Henri Lafont and Pierre Bonny.

Villaplane and his gang had a lust for wealth, which led them to trade with the Nazis and to keep their German overlords happy they hunted down Jews before torturing and killing them, gaining the name ‘the French Gestapo’.

With resistance activity increasing in 1943, the Nazis gave the go-ahead for the formation of the North African Brigade, an organisation which recruited African immigrants in France, with Villaplane being made one of its leaders.

He received the ominous title of SS Mohammed and was known for his fierce character. The North African Brigade assisted the occupying German forces in locating and destroying resistance operations.

As Germany’s eventual defeat became more apparent, Villaplane began to hedge his bets by allowing people he was pursuing to escape.

Villaplane was arrested by French forces in December 1944 and was sentenced to death for his direct involvement in the deaths of at least 10 people.

He was executed by firing squad on 26 December 1944 at Fort De Montrouge, Arceuil, aged 39.

Despite his unquestioned skill as a tough-tackling, high-energy midfielder, Alexandre Villaplane will forever be remembered as the man who went from being a national hero to one of his country’s most infamous traitors.