Brazilian striker Gabriel Jesus is in no mood to leave Manchester City amidst interest from Barcelona and Juventus.

Jesus has been at Manchester City since January 2018 and has been growing increasingly important for Pep Guardiola’s side.

There is a belief that he will eventually usurp Sergio Aguero at the Etihad as the club’s number one striker and he showed his quality with a goal against Real Madrid on Tuesday night.

The Brazilian has been closely followed by Juventus and at least two times this season, the Italian champions have sent scouts to watch him in action. 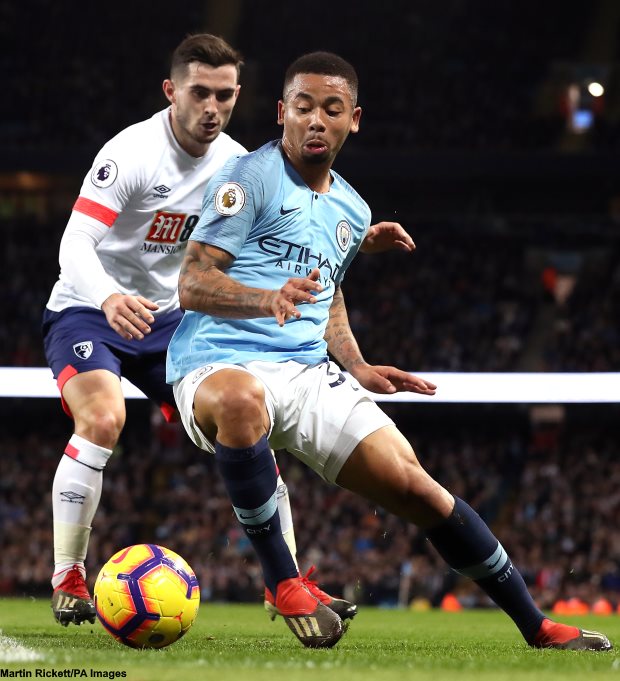 But according to Italian outlet Calciomercato.com, the message from the striker has been clear and he does not want to leave Manchester City.

Jesus has personally promised Pep Guardiola that he will not be pushing for a transfer and he will only leave if Manchester City decide to sell him.

Barcelona have also been interested in him but they have also received the same response from the player.


The striker is happy at Manchester City and has no plans to push for a transfer away from the Etihad, despite the club's two-season European ban.