Manchester United have joined Chelsea, Liverpool and Tottenham Hotspur in the hunt for Ligue 1 forward Victor Osimhen, it has been claimed in France.

Lille signed Osimhen from Belgian side Charleroi last summer as a replacement for Nicolas Pepe, who they sold to Arsenal.

Osimhen has embraced the challenge of replacing Pepe and caught the eye with his performances in the French top flight for Lille, something which means the club may need to dip into the transfer market to replace him this year.

He has been linked with Chelsea, Liverpool and Tottenham, but now, according to French magazine Le 10 Sport, Manchester United are on his tail too. 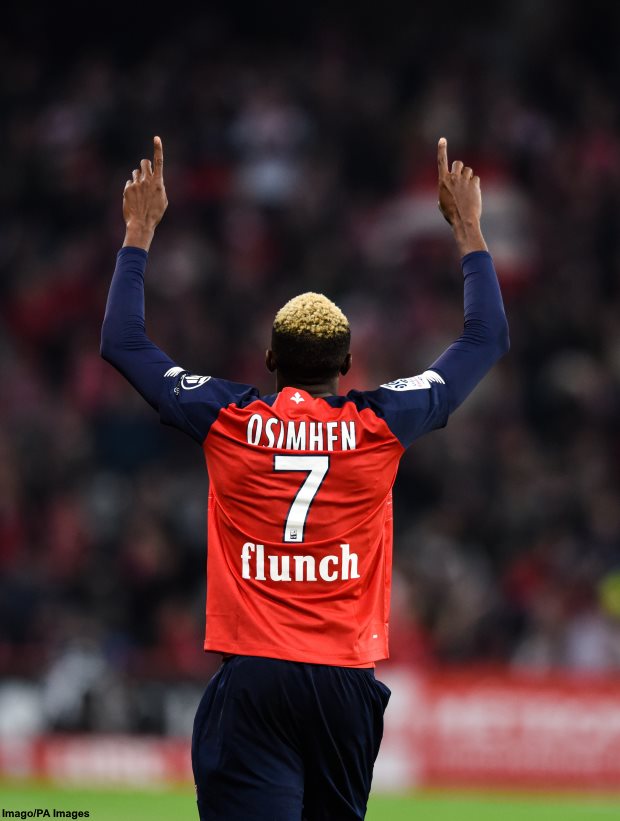 It is claimed that the Red Devils have made signing Osimhen one of their priorities for the summer transfer window.

Ole Gunnar Solskjaer sees the Nigeria international as having the right qualities needed to flourish in the Premier League.

Just 21 years old, Osimhen has netted 18 times in 38 outings for Lille across the course of the season so far.


Lille are in a strong position to demand a high price for the forward, who is under contract at the club until 2024.