Barcelona coach Quique Setien is hopeful that midfielder Philippe Coutinho, who has been linked with Chelsea and Everton, will remain at the club next season.

Coutinho has struggled to live up to his billing at Barcelona and he was loaned out to Bayern Munich last summer with an option to buy reserved for the German champions.

The Brazilian has not done enough though to convince Bayern Munich to trigger the clause and Coutinho is already being linked with other clubs.

Carlo Ancelotti has been claimed to be plotting an ambitious move to take Coutinho to Everton, while Frank Lampard's Chelsea are also a potential destination. 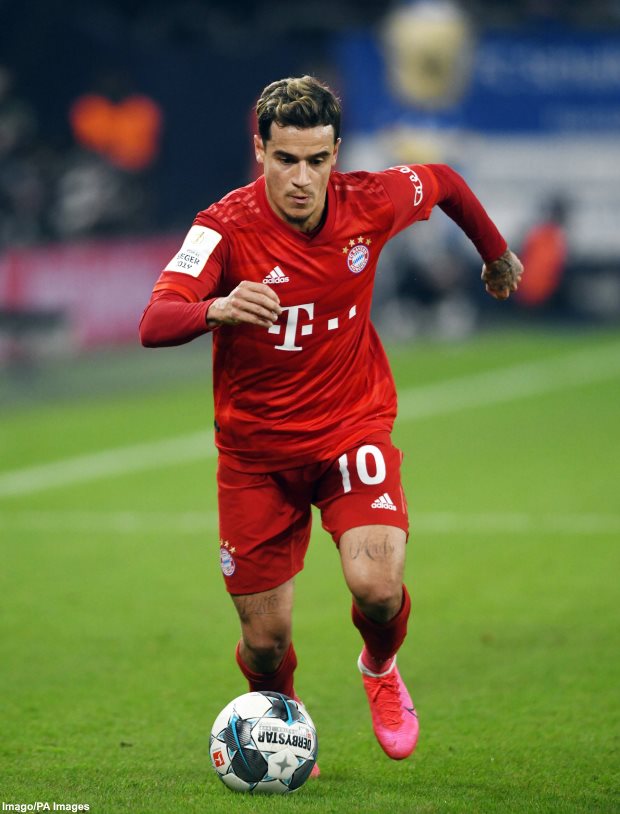 However, Barcelona coach Setien stressed that the midfielder is still a quality player who is good enough to be at Barcelona.

The Barcelona coach wants to speak with Coutinho once he returns from his loan spell and is hopeful that he will be at the club next season.


“I really like him. He is a player who was made for Barcelona.

“You have to pay the clause or the amount Barcelona want. I believe he can be here at the beginning of next season.

Coutinho has so far made 76 appearances across all competitions for Barcelona, scoring 21 goals in the process.