Chelsea and Tottenham Hotspur Put In Enquiries For 24-Year-Old


Chelsea and Tottenham Hotspur have probed the possibility of signing Ajax goalkeeper Andre Onana in the next transfer window, according to The Athletic.

Onana has developed into one of the most sought after young goalkeepers in world football through his performances for Ajax in recent seasons.

He played a big role in Ajax’s run to the Champions League semi-final last season and has been touted as the next big star of goalkeeping.

The 24-year-old signed a new contract last year, but could still leave Ajax before it ends if they Dutch giants are presented with an acceptable offer. 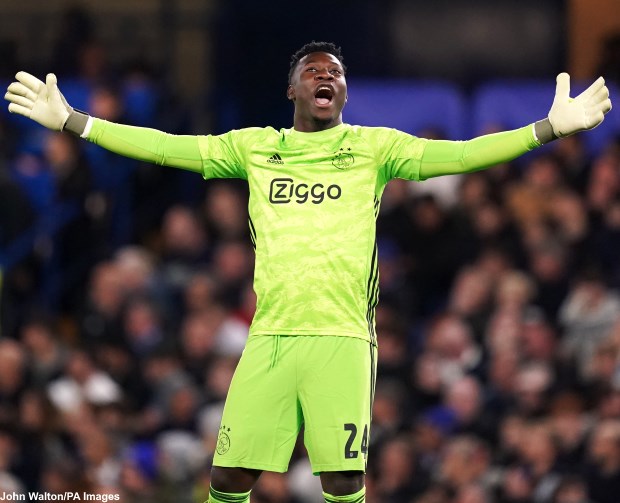 He now has serious interest in the Premier League as Chelsea and Tottenham have enquired about his situation at the Johan Cruyff Arena.

Both Premier League clubs are likely to be in the market for goalkeepers when the transfer window opens again.

Onana’s name features on their shortlist of summer transfer targets, with both Chelsea and Tottenham confident he can adapt to English football.

Ajax are prepared to sell and have set an asking price of €35m for the goalkeeper.