Germany legend Lothar Matthaus has warned Everton and West Ham target Mario Gotze is ill-suited to an intensive style of football and favours a move to Italy for the midfielder.

Gotze has struggled to find his feet at Dortmund ever since he made the return to his boyhood club after a three-year stay at Bayern Munich.

The Germany international’s highest point in the game came during the 2014 World Cup, when he scored the winner against Argentina in the final in extra-time, handing Die Mannschaft their fourth World Cup trophy.

However, the 27-year old has struggled to reach those heights with his history of injuries playing a part and according to German legend Matthaus, Gotze now has to find a club and coach who suits his style of play if he has any inclination of establishing himself as a first-team player. 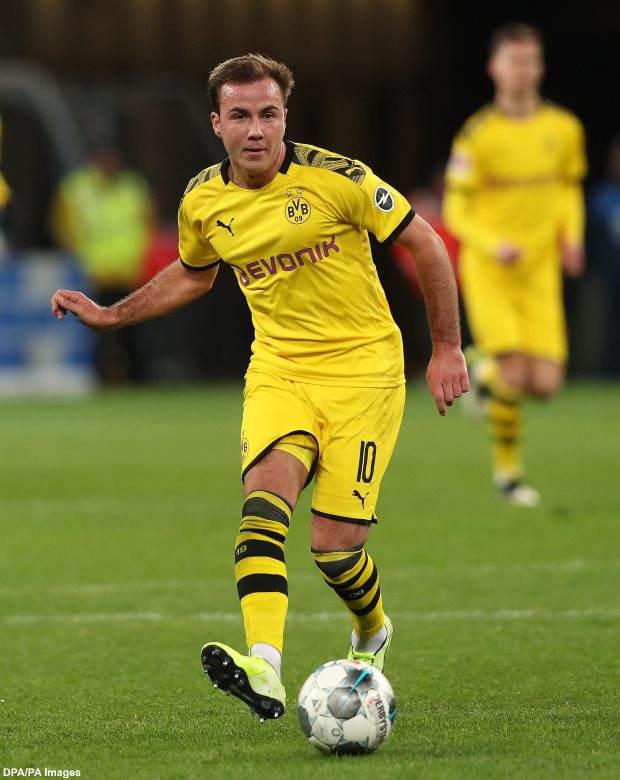 Matthaus believes Gotze’s lack of speed is not suitable for Dortmund or other clubs that want to play a high intensity style, with the ex-Bayern Munich star highlighting Italy as a possible destination for the midfielder; both Everton and West Ham have been linked with Gotze.

“Gotze has to find a club and above all a coach who totally relies on him and focuses the game on him”, Matthaus was quoted as saying by German daily the Ruhr Nachrichten.

“It is quite possible that Italy would be a suitable league for him.


“Above all, he lacks speed to keep up with the football that BVB and many other top clubs play.

“In addition, there was unfortunately his illness and possibly self-imposed pressure.”

If Gotze does move to the Premier League in the summer it remains to be seen if Matthaus' warning on his inability to cope with high intensity football is accurate.