FIFA World Women’s Coach of the Year in 2012 and a finalist on three other occasions, Pia Sundhage is now turning her attention towards guiding the Brazil national team to glory in the women’s game.

Sundhage was an accomplished player before she opted to enter the dugout, where her success has only continued with two Olympic Gold Medals in charge of the United States, in 2008 and 2012, and leading her native Sweden to the Silver Medal in 2016.

The Swedish tactician took charge of Brazil in 2019 and is now in the thick of what she believes is her biggest challenge ever. We spoke to her about life as the Brazil boss. 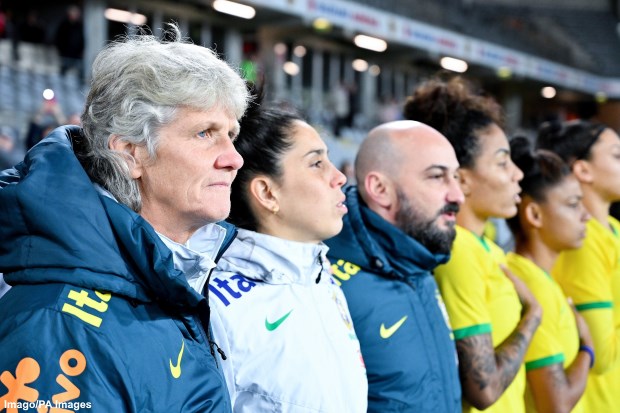 IF: What does an international head coach do in times of a global health crisis?

What we try to do is to create a feeling that we belong together, so that there is still a team. We have video calls with the coaches I work with. Last time, we divided it into four players and they came up with video clips and they talked about certain parts in the game and shared their opinion on what the players can do better or how good they are. The coaching staff is also going through this, so it is a little bit about sharing, feelings over the internet.

IF: You are allowed outside, you can go to restaurants and bars. Sweden’s approach to contain the coronavirus is quite unique.

Yes, so far we have done pretty well. We respect social distancing, keeping two meters and not having too many people in one spot. When you go to a restaurant you have to stay outdoors. It is still a very unique and strange situation, but we have a chance – I wouldn’t call it freedom – to do things a bit differently. 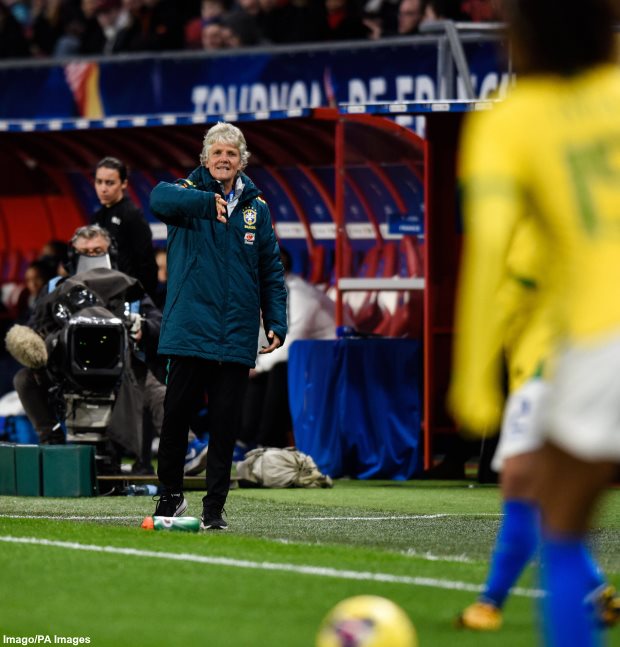 IF: In Brazil, policy has been quite chaotic. Health minister Luis Mandetta is no longer part of the government and justice minister Moro resigned.

Well, it is one of the questions I ask during video calls: how is it in Brazil? Usually, I live in Rio de Janeiro, where I have my apartment. But I am stuck in Sweden, otherwise I would have been stuck in that apartment anyways. Using the internet is a way to keep us together. I am curious about what is happening in “my country”. It is very chaotic and it is very different. It’s two parts of the world: here I am in Sweden and I listen to the news. The different approaches to the coronavirus are very interesting: how people should act and behave.

I can’t! It is a new country. That is one of my questions: you have a country where everybody loves football and so there should be so many more girls and women playing football. The CBF is trying to change the attitude. It is not just about winning a gold medal. It is a statement to say that women’s football is important. It takes a while to change the attitude. That is one thing, but a scouting process needs to be set in place. That also takes time. We found pretty much every player in Sweden. When we can do that, it will be interesting to see how many good players we have in Brazil.

IF: Does the CBF support women’s football enough? The circumstances for players in the domestic top flight are often dire. 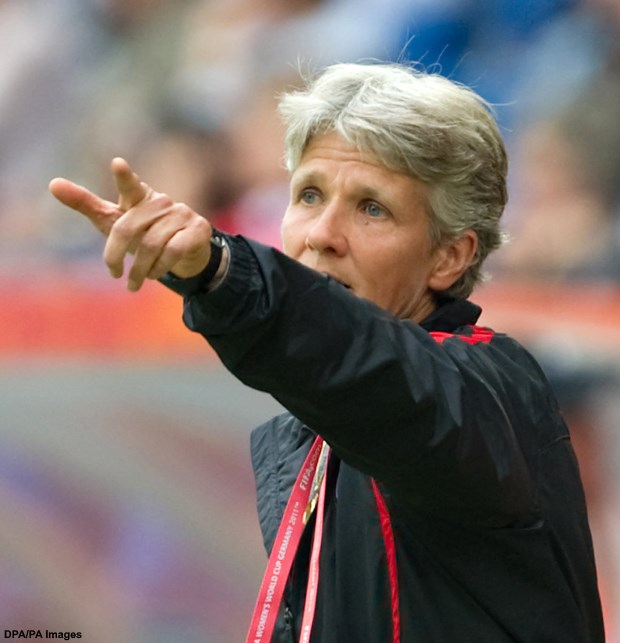 IF: Do women’s coaches get enough opportunities? It took until last year for Tatiele Silveira, coach of Ferroviaria, to become the first female coach to win the league.

There are. My assistant coach is an ex-player. She is taking some courses. Then again, I have a hard time believing it is enough. A lot of things could develop for women’s players and women’s coaches, but I’d say the same thing probably about Sweden. We work in Sweden both with scouting and female coaches. There is a good future in Brazil if they take care of everyone in football, both boys and girls, men and women. Brazil doesn’t have a lot of women’s coaches in courses. Sweden does not either. That is a question I have got for over 30 years now. Why don’t we have women’s coaches? Sweden played its first international game in 1973. Still, in the highest division today, we only have one women’s coach. That is an issue in Sweden as well. So, I can imagine tough times in Brazil. There is a long way to go.

IF: Do you feel that Brazilian women are as empowered as their Swedish and American counterparts?

I meet players that have been successful. I met Marta. She is a star in Brazil, she is a role model. I am living in a very small world that doesn’t fit in Brazil, USA or even China. Everyone is respected. What I do know is that the national team always starts with the men. There is not a single country that began with men and women at the same time. In Sweden, it was 1908 for the men and 1973 for the women. It is only in the last five years that you say World Cup for men and World Cup for women. Previously, it was World Cup and everyone was supposed to understand it was the men. That was even the case in Sweden. The Chinese men’s national team has never been famous for its players, but you know Sun Wen and Gao Hong. In 1999, they played the big game against the United States in front of 94,000 people. Still, they told me that the men’s team had more money, when I was assistant coach back then. It was the same thing in the USA when I started. I don’t think too many people had heard of the men’s national team when I started in 2008. In the 2010 World Cup, they reached the round of sixteen. Meanwhile the women have been winning all the time. Something is happening right now, but probably it is the same thing in all the countries. Brazil has won the Olympic gold medal, the women have reached the final twice. It can be good: the men have been very successful and it trickles down to the women’s game. I feel that they want to do something for the women’s game. Brazil had the most TV spectators for the Women’s World Cup. So, little by little.

IF: Is it a bigger challenge than coaching USA, Sweden or being an assistant coach of China, countries that are perhaps more developed when it comes to women’s football?

Absolutely. For many reasons and one of them is the culture. It is very different, on and off the pitch. Having said that, they are warm and nice and they want to be successful. That is contagious. This is my biggest challenge ever.

IF: You lost your first game with Brazil against France in a friendly in preparation for the Olympic Games. You introduced quite a number of changes, but what did you take away from that match? France was playing in a different game.

It depends on how you watch the game. We have developed many things and especially the attitude of defending. We need to defend as a team, not individually. It takes time to change an attitude. It is a thing that will give us the next step to go into the attacking third. They have been good at the build-up. You can imagine. You don’t play long balls and step up with the entire team. You play space by space. We have not been very good in the final third. That is the hardest part and that is the next step to take. At the start, we were very good at that when we played against less successful teams on the FIFA ranking. We scored a lot of goals. Now, it is the next phase. We know exactly what we need to work on right now and what our priorities are. 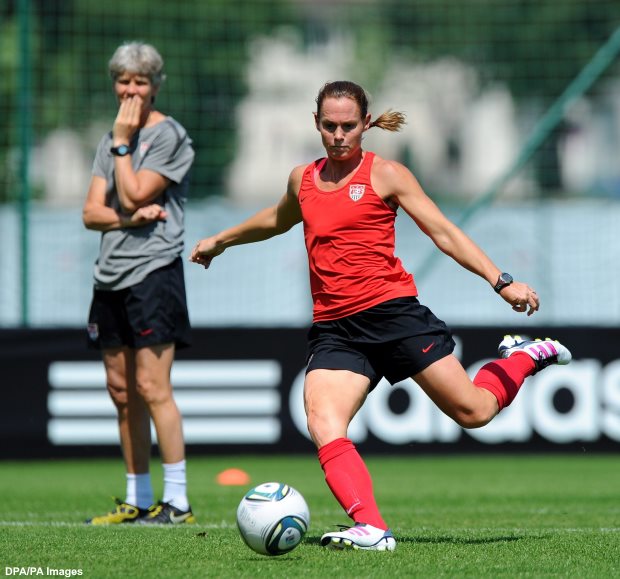 IF: How will the postponement of the Tokyo Olympic Games change your plans? Perhaps for a few veterans it was going to be their last major tournament.

Formiga turned 42. Marta is over 30. Cristiane is 35. Of course, it all depends on their self-motivation. Talking to them, it seems they are even more motivated. None of them want to retire from the game because of the coronavirus. We will have time and chances to find new players. Eventually, we need to change the team. They are old, but still pretty good. They do their very best every time. Formiga is fit. Marta, she is fit. Cristiane has a big heart. They have this passion. That is why they have been playing for so many years.

IF: Your team has a good mix of youngsters and veterans, but how do you prepare the team to play without Marta, Formiga and Cristiane?

It is about the scouting system, and to support the best players. If I look at the U-20 team, there will be other players. It is a process. Everyone goes through it. After the Olympics, it will happen. To find a new Marta will be hard, but there will always be good players with decent qualities.

That would be fantastic. They should. South America has so many good teams, especially on the men’s side. There would be a trickle down if Brazil could host the World Cup in 2023.