Spanish sides Real Betis and Sevilla have not decided on whether they might make a move for Newcastle United defender Javier Manquillo, with the Magpies star waiting to see what his options are in the summer.

Manquillo signed for the Magpies in the summer of 2017 from La Liga giants Atletico Madrid, putting pen to paper on a three-year deal.

The 26-year has struggled to establish himself as the first-choice right-back at St. James’ Park, with DeAndre Yedlin providing stiff competition for the Spanish full-back.

He could be on the move in the summer and has been floated as options for Betis and Sevilla, however according to Seville-based daily Estadio Deportivo, neither have decided to move for Manquillo yet. 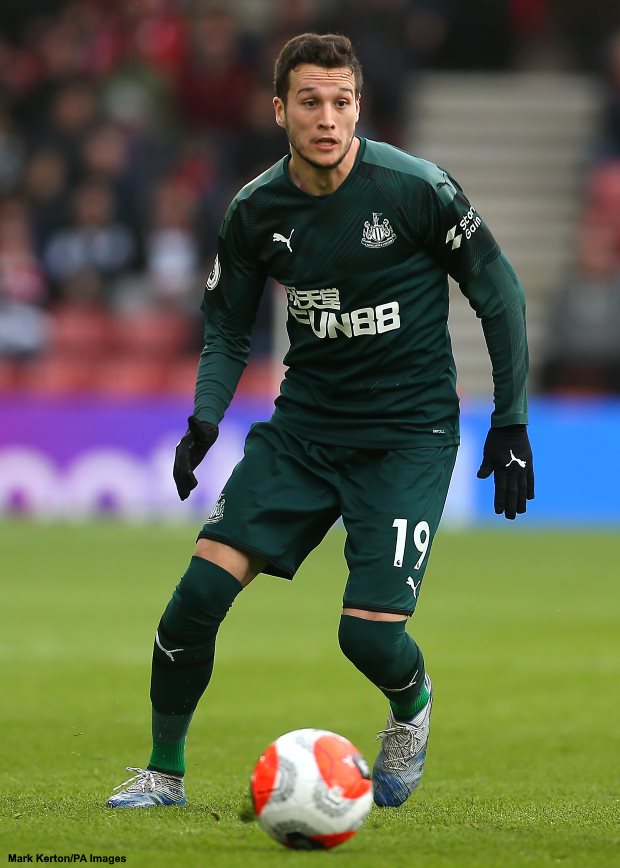 The Spanish sides are not aware which European competition they will be in for next season, which will affect their budgets.

And it is claimed that even if Manquillo was allowed to leave Newcastle, it would be expensive to reach an agreement with the defender.


Newcastle are 13th in the Premier League table with 35 points, with the league set to resume in June.

Question For Him – Jose Mourinho On Why Spurs Star Did Not Leave We Listen To Gaetano Berardi’s Opinion – Marcelo Bielsa It Was Above The Level – Marcelo Bielsa Notes Trend In Leeds Star’s Performances Photo: Rangers Teen Talent Trains With First Team Squad