Nikos Dabizas moved to Newcastle United from Olympiacos in March 1998 and enjoyed nearly six years at St James’ Park, making 161 appearances for the Magpies, including nearly 150 in the Premier League.

The former Greece international turned out under the legendary Sir Bobby Robson and working with the master manager had a profound effect on him.

Since hanging up his boots, Dabizas has worked as a technical director in his native Greece and continues to carry with him his experiences of working with Robson. We sat down with him to discuss someone who was special for so many and the subject of the More Than A Manager film. 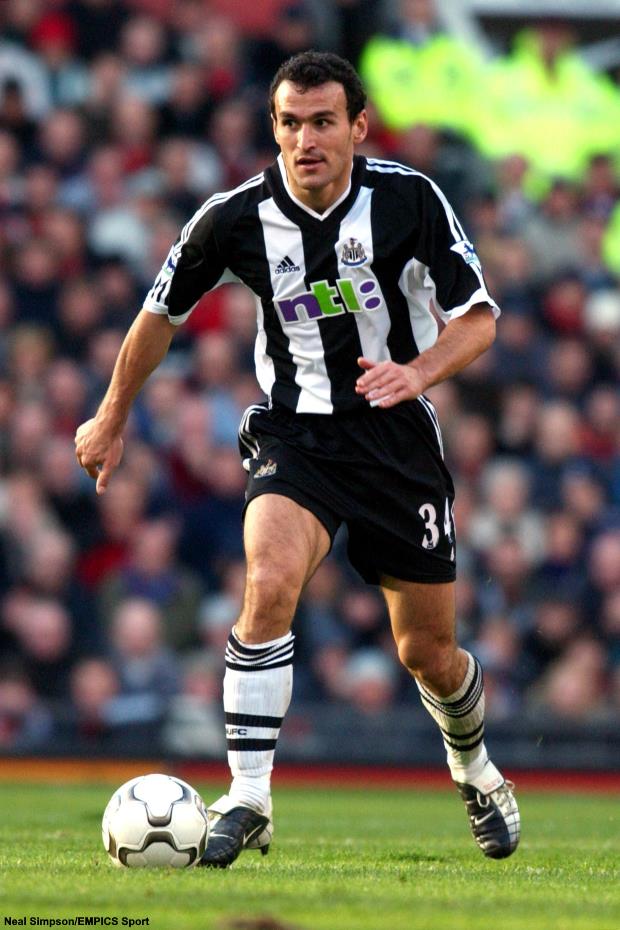 IF: Nikos, was Sir Bobby Robson “more than a manager”?

ND: He was a very special person, charismatic in what he did, something that was reflected in his work. I think the documentary fully reflects his career, being more than a manager.

IF: What were the tools that made him such a special figure in European football?

It was the charisma, the enthusiasm, the authenticity that set him apart and his ability, of course. Man management is a very important part of a coach’s success or failure. Sir Bobby had plenty of that. What he did was to get to know each type of personality and manage it according to the way he knew. He could handle all types of different characters.

Anyone who knows the basics of football understands that in a team of 25 people there are different characters and sub-groups. There can’t just be one single way of dealing with these groups because you will sink the ship. Sir Bobby knew to a great extent how to manage every personality the way he should. 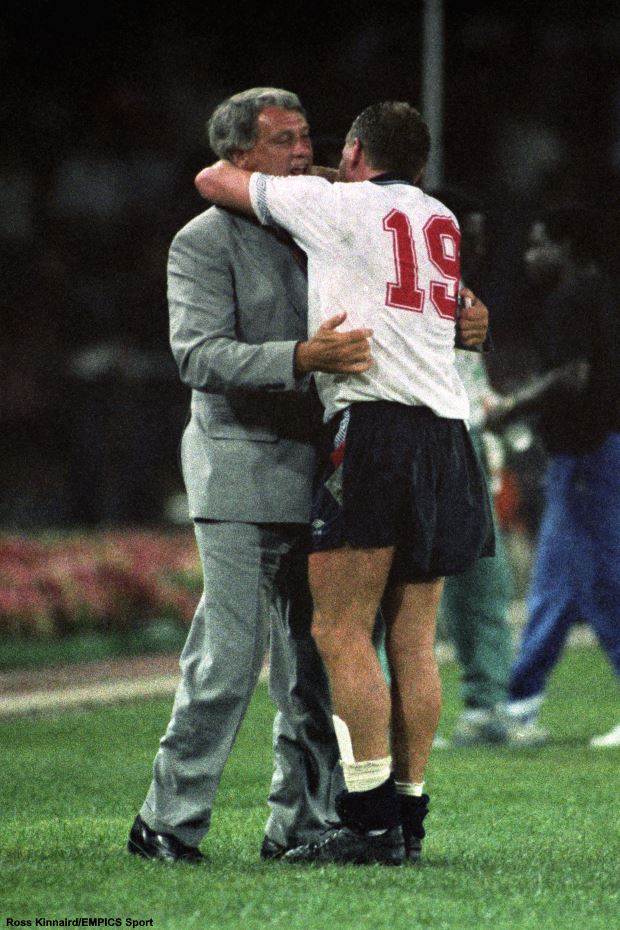 IF: The shocking moment in the documentary is Paul Gascoigne’s tears for Sir Bobby. A man who tries to get rid of his personal demons….

Gascoigne is a special person. Sir Bobby and he were very different characters who had their own habits. Gazza was an atomic bomb in the locker room, but Sir Bobby selected him for the England national team nonetheless. It was not an easy task, but Sir Bobby excelled at managing him.

Over the years, Gascoigne realised this. He realised that Sir Bobby had gone against the flow by taking a huge gamble, but that’s where his charisma came from, as he knew how to manage characters of all kinds. He was not afraid of this and did not hide away from making difficult decisions. It would have been an easier solution to leave Gascoigne out of the squad or not to deal with him even if that would not have benefitted the England national team.

IF: Is it true that in some games Sir Bobby selected you as the captain of the club, despite the presence of Alan Shearer? Great honour, right?

Yes, I started some of the pre-season friendlies as captain. In some other matches, Shearer came on and I took the armband. If I remember correctly, in 2000, my second season, I was chosen, too. Sir Bobby knew very well how to motivate and reward. At that time, I was not one of the oldest players at the club. I was around 27, but seeing my enthusiasm and the way I acted in the team on and off the pitch, he wanted to reward me and show me what he saw in me.

He tried to show the team through his actions that players can be rewarded and in which key elements he trusted us. It was definitely against the flow. Although Newcastle had a lot of personalities and a lot of talent at the club, giving me the armband, being only two years in the team, was a big deal. But he knew what he was doing and did not only treat me like this, but used this management style to send messages to all his players.

IF: Do you think that his dismissal from Newcastle had the effect of worsening his health?

The way he left Newcastle was very painful, but in comparison to Barcelona his departure was different in two aspects. He only spent a short time at Barcelona, despite the fact he won the Super Cup, the Spanish Cup and the Cup Winners’ Cup. No matter how hard he worked at Barca and despite the titles he won, he had to leave because Barca decided to change their football style by appointing a Dutch coach. It made no sense to remove him, but the club had decided to make some changes, which of course were not justified by the successes he enjoyed.

In contrast, he stayed at Newcastle for five years but paid the price as the Premier League was vastly improving at the time. The level was rising. We had qualified for the Champions League for two years in a row and of course when the bar goes up the expectations are higher, too.

The point is you need to be realistic when it comes to making decisions and to look at what is happening next to you, not only at what you are doing, even if the level of the other teams is rising. I think that decision [to sack him] was a major blow to Sir Bobby, it hit him hard.

If you look at the documentary he didn’t accept that he was too old to coach. He wanted to continue until his old age. He was a man who was full of life and enthusiasm, so you understand how ending his career early was going against his nature. 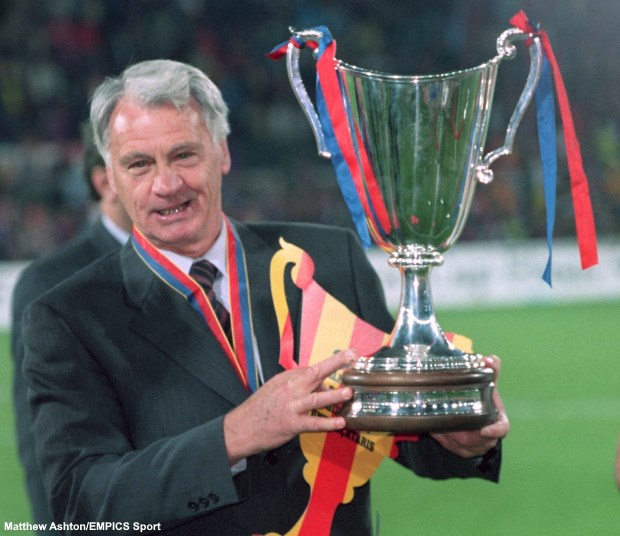 IF: I think you had the opportunity to speak to Sir Bobby before he passed away?

He was frail. If you think that he was given only two more years to live but kept living for 15, you understand what a positive outlook and inner aura he had while working.

He wouldn’t give up, even when he had a very difficult time and when his professional end came and the situation worsened. It was clear that he could not continue to be who he was because his departure from football had hit him so hard, psychologically speaking.

I remember talking to him when I was playing at Larissa against Everton and Blackburn [in 2007, two years before Sir Bobby passed away]. I had called him to tell him about my career and at one point I realised he didn’t respond the same way. It gave me the impression that he wasn’t the same as he used to be. 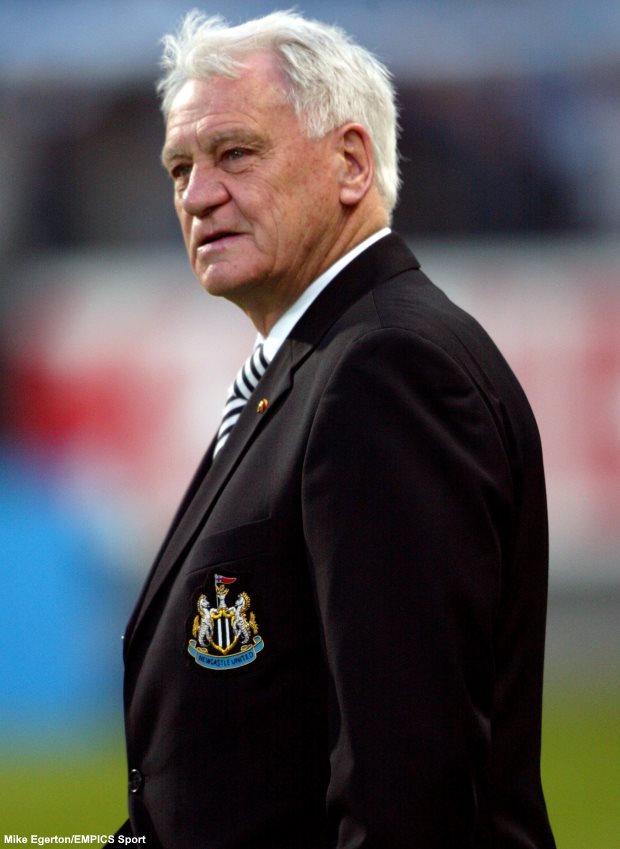 IF: Is there any personal advice he has given you that stands out?

He didn’t tell me anything specific while I was a Newcastle player. His whole approach was unique and these were my best footballing years. I think that says it all. He was a very smart, enthusiastic and talented man.

His English management style allowed him to succeed in three different countries abroad – Portugal, Spain and the Netherlands. This clearly shows what a personality he was because English people have a very special character and culture. Sir Bobby was able to break all these barriers by doing great things. I will cite a typical example as told by Sven-Goran Eriksson.

When Eriksson started his coaching career, I think shortly before he went to Gothenburg at a very young age of around 30 he had sent a letter to Sir Bobby, who was then the coach of Ipswich, a top club having won the UEFA Cup. Eriksson was essentially asking if he could meet him. It was Friday, on the eve of a match and after training he explained to Sir Bobby that he was the coach who had sent him the letter and asked if he had five minutes to talk.

Sir Bobby eventually stayed with him for three hours and at the end he asked if he had a ticket for the match that would take place the next day. Back then, there was no way [to obtain a ticket] other than buying it in person – not like today where the club sends an email out and you simply wait for your ticket. Sir Bobby asked Eriksson not to buy a ticket, but to wait for him outside the stadium. Eventually he made him sit with him on the bench! A man he didn’t know at all, a new coach from Sweden who he had met for the first time.

There is even a photo of Eriksson from that match, where Ipswich were playing at home, with him sitting next to Sir Bobby.

Of course, Sir Alex Ferguson also made flattering comments about the fact that Sir Bobby was very helpful to the young coaches.

In fact, he faced him in a match, but he still called him a few days earlier to watch the training session. It didn’t matter. He was a charismatic man, a special coach. 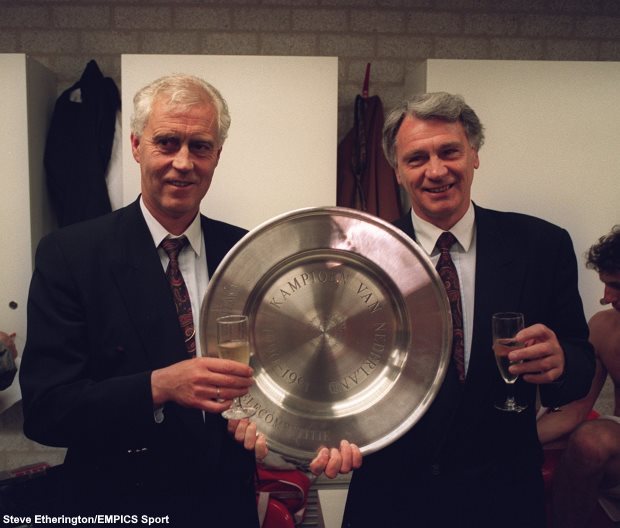 IF: Has Sir Bobby’s way of working influenced you in your later career as a technical director?

He has definitely influenced me. His man management I mentioned earlier, for example. Aside from tactics, when you play a leading role in a team, you have to manage different talents, whether it’s players, coaches, or the team’s staff. I am lucky to have met such people and taken life lessons. Even Kenny Dalglish was special in that part

IF: The moment you tried to stop Dennis Bergkamp score his spectacular flick goal in 2002 at St James’ Park has remained a highlight in Premier League history, but few know how Sir Bobby Robson spoke about this?

He was very smart about it. In other words, he knew how to give credit, but also how to point out mistakes without offending.

His reaction after that famous goal from Bergkamp was purely football-like and identical to my own. When you are in such a place and you witness such an action, you raise your hands. It is a genius act, an artistic act and you admit that this is the beauty of football. It has nothing to do with me. I had said it then, but whenever they ask me, I say it had nothing to do with me. I don’t feel bad because I was the walk-on or the negative protagonist of this move. I think I inadvertently took part in an act of real genius. That energy was literally a work of art. Sir Bobby’s statement reflects that raw reality: “Here we are talking about genius, you accept it and keep going.” 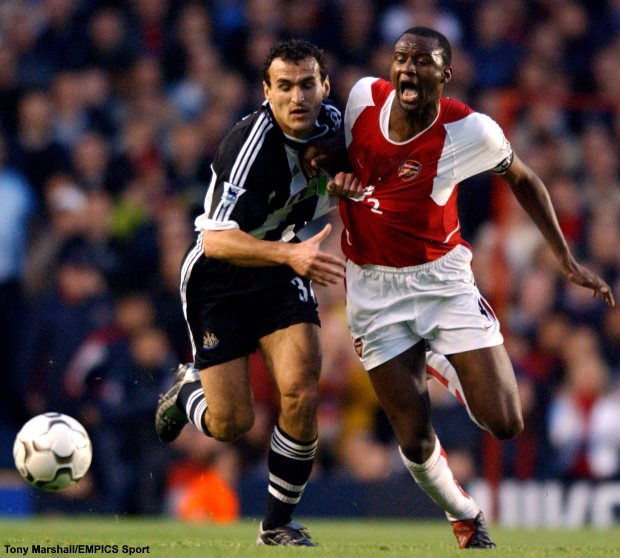