Why Would David Luiz Want To Stay – Former Arsenal Star


Former Arsenal striker John Hartson has questioned why David Luiz would want to stay at the Emirates Stadium.

Luiz is out of contract at Arsenal this summer, but the Gunners can trigger a one-year option in his deal to keep him at the club until the summer of 2021.

The Brazilian had an evening to forget at the Etihad Stadium on Wednesday evening as Arsenal lost 2-0 to Manchester City.

He made several errors during the Premier League encounter and was then sent off, capping off a miserable night. 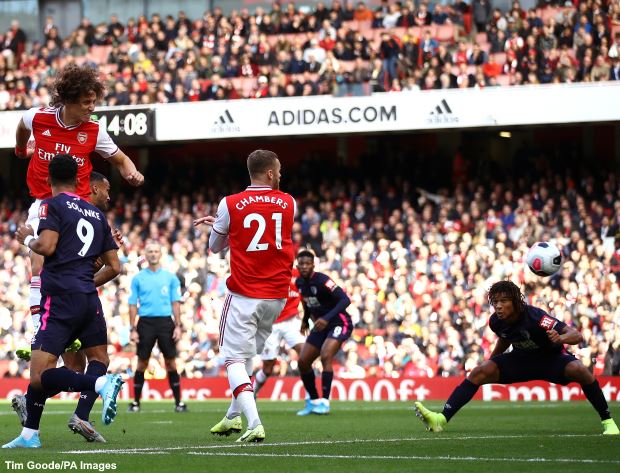 He has been roundly criticised for the performance and former Arsenal striker Hartson has questioned why Luiz would want to stay given the flak he takes.

Hartson feels a number of European clubs would love to snap up the 33-year-old, who would be available on a free transfer if he departs Arsenal.

"If your David Luiz , your 33 years old.. why would you want to stay at Arsenal and get hammered off everyone, he can leave on a free [sic]", Hartson wrote on Twitter.


"Will be lots of takers, he would have a choice of big European clubs wanting to sign him."

Arsenal splashed £8m to sign Luiz from London rivals Chelsea last summer as they looked to bolster their defence.

He was at fault for Manchester City's first goal on Wednesday and then brought down Riyad Mahrez to give away a penalty.