Tottenham Hotspur have been in touch over potentially signing Arkadiusz Milik, with Napoli now firmly looking to sell the 26-year-old.

Milik is out of contract at Napoli next summer and is not keen on putting pen to paper to an extension as he eyes a big money move away from the southern Italian club.

Juventus are interested in the Poland international, but are unwilling to meet Napoli's €50m asking price and are prepared to wait a year to sign him on a free transfer.

However, Juventus have not been in touch with Napoli over Milik, with Tottenham and Schalke the only two teams to touch base for the Pole, according to Italian outlet Tutto Mercato. 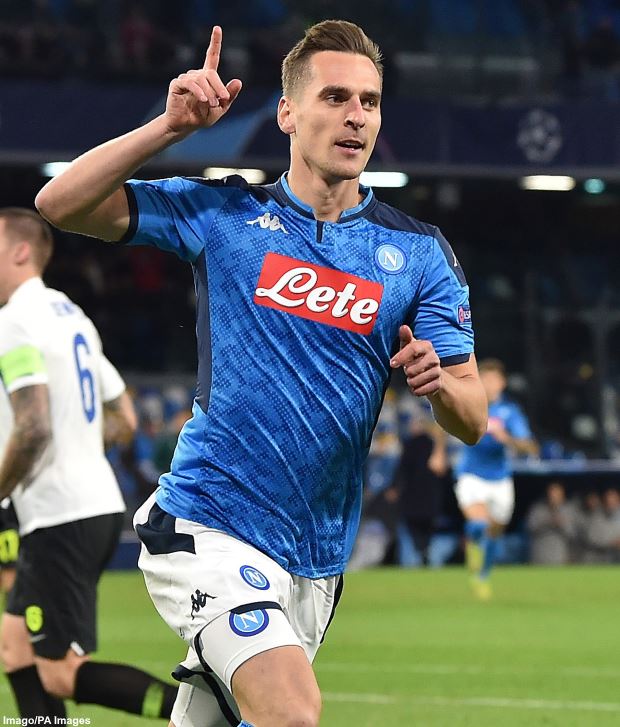 Bundesliga giants Schalke are keen on Milik, but have no intention of meeting Napoli's asking price.

Tottenham are interested, but it is suggested that it may take Harry Kane leaving for Milik to make the move; the striker could be concerned about a lack of playing time.

Milik has found the back of the net on ten occasions in 17 Serie A games for Napoli so far this season, while he has struck three times in the Champions League.


He was on the scoresheet in a 2-0 win at Hellas Verona at the weekend, in Napoli's first Serie A game back after the restart.