Saint-Etienne are looking to try to fend off an expected bid from Everton for winger Denis Bouanga, with the Toffees tipped to soon move for the Gabonese.

The 25-year-old has impressed at Saint-Etienne and attracted interest from a number of clubs ahead of the opening of the international transfer window.

Everton have been linked with the Gabon international and, according to French outlet But! Football Club, Carlo Ancelotti is preparing to move to snap him up. 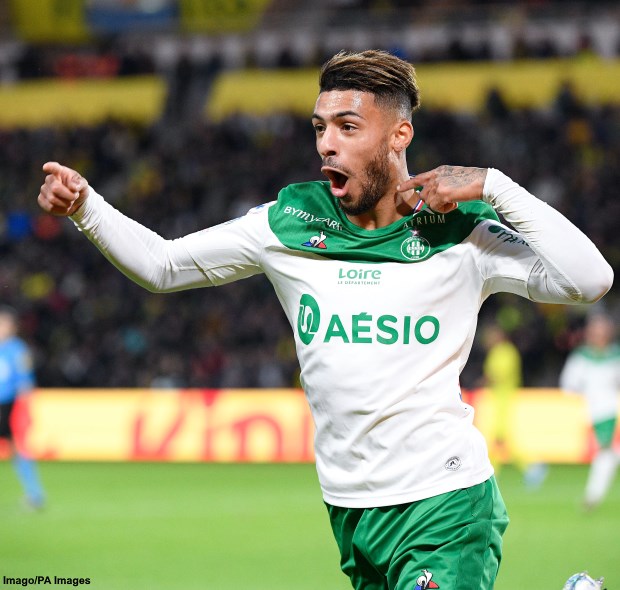 Ancelotti is an admirer of Bouanga and it is claimed he could move to slap in a bid as soon as the international transfer window swings open.

However, Saint-Etienne know that Bouanga is a wanted man and are considering offering him a new contract.

Saint-Etienne would offer the winger an increased salary to convince him to put pen to paper to a fresh deal, seeing off any chance of him moving on in the summer.

Club boss Claude Puel has been clear that he wants to keep hold of his top players over the course of the summer.

Saint-Etienne only finished one place above the bottom three in Ligue 1 this term and Puel is firmly opposed to seeing his best players move on.