Everton skipper Seamus Coleman is of the view that the Toffees have a number of players in the ranks who have massive potential and insists he is not afraid to tell them to sharpen up.

Coleman has been on the books at Everton since 2009 and the 31-year-old wears the captain's armband for the club and the Republic of Ireland at international level.

Coleman has recognised the potential in a number of his younger team-mates, such as Dominic Calvert-Lewin, Mason Holgate and Jonjoe Kenny, and wants them to reach their potential.

He thinks that in being on the books at Everton, the talents have a huge opportunity and is clear that if has to dish out hard words then he will do so. 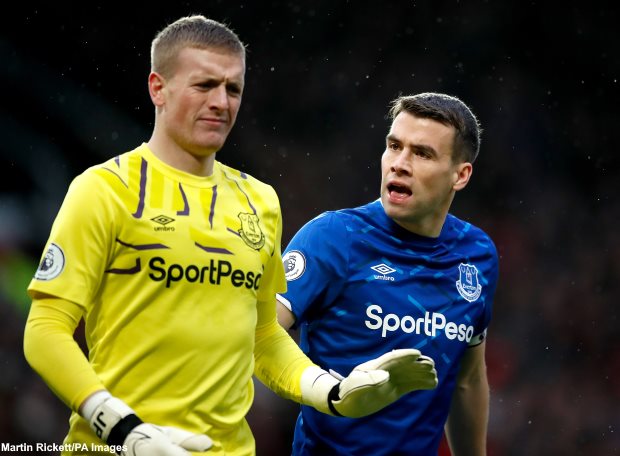 “If I have to tell someone to sharpen up, I will”, Coleman told his club's official channel.

“But I want players to understand I am doing things for the right reasons.

“It is because I can see so much in these players.


“I want them to reach their potential – and realise they have massive opportunities.

“The likes Dominic and Mason in the past, Jonjoe, too, I want the best for them.”

The Toffees failed to build on the momentum that they developed with back-to-back wins against Norwich City and Leicester City recently, as they lost 1-0 to Tottenham in their last match on Monday.