Midfielder Set To Snub Interest From Rangers and West Brom

Rangers and West Brom are set to be snubbed by midfielder Salih Ozcan, who has his heart set on a return to 1.FC Koln

The 22-year-old midfielder has just finished off a loan spell on loan at German second tier side Holstein Kiel.

Koln were looking for Ozcan to kick on with his development and play regularly at Holstein Kiel, and the move paid off, with the midfielder catching the eye as he scored five goals and provided seven assists. 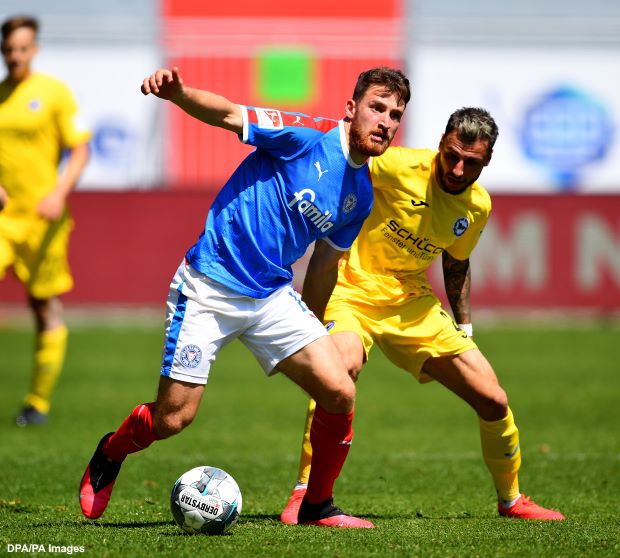 His performances have drawn interest from Rangers, West Brom and Huddersfield Town, according to German daily the Kolner Stadt Anzeiger.

However, Ozcan has made his mind up and wants to return to Koln.

The midfielder will be looking to push his case for a spot in the side at Koln, but it remains to be seen if his situation could change later in the transfer window.

Ozcan clocked 28 appearances in total in the German second tier with Holstein Kiel this season.

He has a further year left on his contract at Koln and operates as a central midfielder.