Rangers could be set to snap up St Gallen striker Cedric Itten, with the Swiss club then replacing the hitman with Florian Kamberi.

Kamberi was on loan at Rangers last season from Hibernian and a return to Ibrox for the striker had been mooted.

However, it has been claimed Kamberi is on his way to St Gallen and it could be to replace a player who is Rangers bound.

Itten, who missed St Gallen’s final game of the season, could be set to join Rangers, according to Swiss daily Tagblatt. 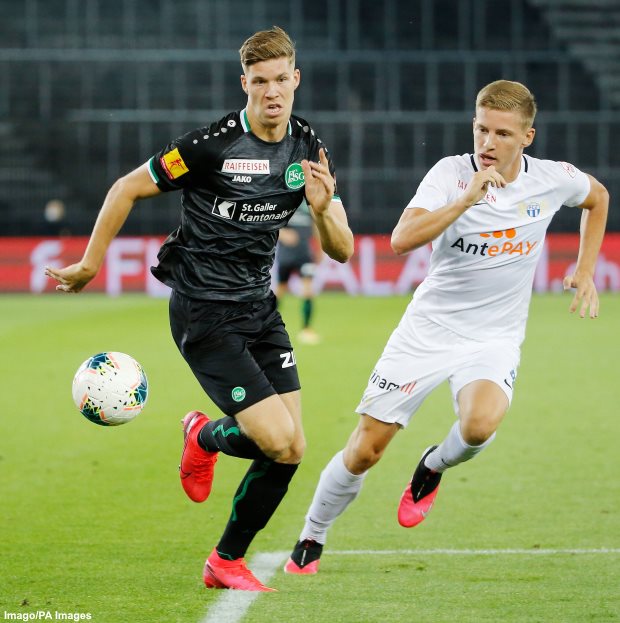 Eyebrows were raised at Itten missing out on St Gallen’s clash with Young Boys, especially as he had grabbed a hat-trick in a 6-0 drubbing of Neuchatel Xamax.

However, St Gallen may have been seeking to ensure Itten did not pick up an injury, though club officials were keen to stress that the striker was at the stadium.

Itten grabbed 19 goals for St Gallen this season, finishing as the club’s top scorer, with his side ending in second, behind Young Boys.

Kamberi would slot in as a replacement for Itten at the Swiss side.

Itten, 23, came through the youth set-up at Swiss giants Basel, but had loan spells at FC Luzern and St Gallen, before then joining St Gallen on a permanent basis.