St Mirren boss Jim Goodwin has admitted he is hoping that Rangers suffer a hangover from their Europa League trip to Bayer Leverkusen.

Goodwin’s men beat Livingston 1-0 in their Scottish Premiership opener, but now face a trip to Ibrox to lock horns with Steven Gerrard’s Rangers.

They will face a Rangers side that travelled to Germany to play Leverkusen in the Europa League on Thursday night. 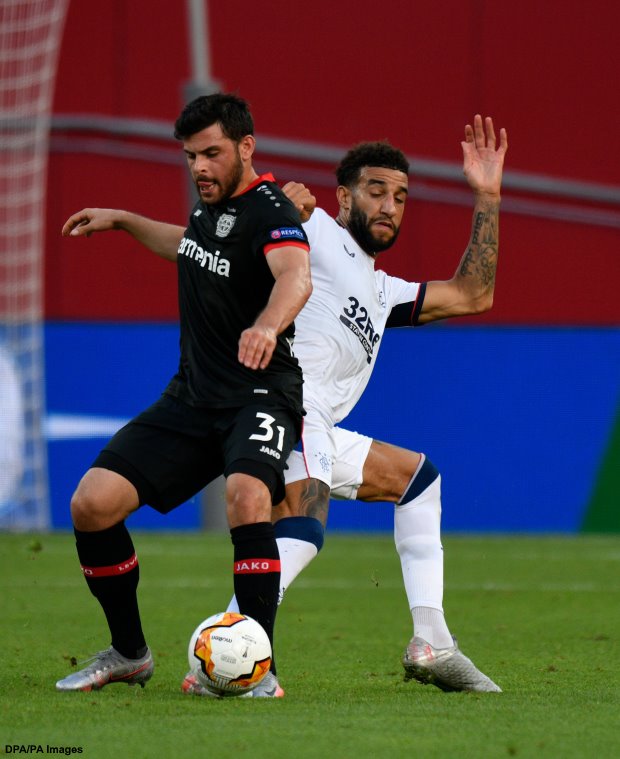 Goodwin knows all about the challenge that awaits his team and insists that while looking at the fixture his team kept Rangers’ Europa League tie in mind and hope that the Gers will be suffering from a bit of hangover when they take to the pitch yet again in the space of three days.

“When we looked at the fixtures, we knew Rangers were away in Europe”, Goodwin was quoted as saying by the Daily Record.

“Of course from our point of view you are hoping that they maybe have a bit of a hangover from that, like you see sometimes.”

Goodwin is also vocal about Rangers signing Cedric Itten and Kemar Roofe, insisting that it would not surprise him to see any one of the two playing against St Mirren.

“But I’d be lying if I said I wasn’t disappointed to see the two new guys come in.

“They have spent five or six million on two really good new additions.<

“I don’t know a great deal about Itten, I have to admit.

“I did look at him on Wyscout [a scouting and analysis platform], but I have seen enough of Roofe during his time in England.

“He started off in the lower leagues in England and he has managed to build himself up through the leagues.

“He is about a goal every two games in the last three or four years and he had a very successful time at Leeds, and scored half a dozen goals in 13 league games in Belgium.

“We will need to see what selection Steven comes up with but I wouldn’t be surprised to see the two new lads in the starting line-up, or at least one of them.”

Rangers won their opening Scottish Premiership fixture, beating Aberdeen at Pittodrie, and will be looking to keep their 100 per cent record going.