St. Mirren defender Conor McCarthy has lauded Rangers striker Alfredo Morelos as one of the best in the league, and is looking forward to testing himself against the Colombian at the weekend.

Gers striker Morelos has scored 77 goals and provided 30 assists from his 139 appearances across all competitions since arriving at Ibrox from HJK Helsinki in the summer of 2017.

The Colombian is expected to leave the Scottish giants this summer and French side Lille are touted as the striker’s next destination. 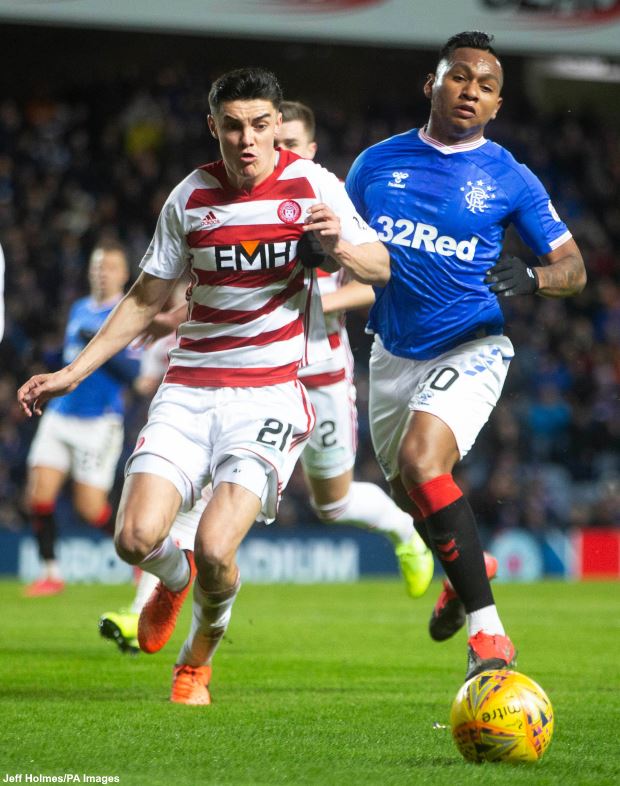 McCarthy, who made his debut in the league for the Buddies last season against Gers, faced quality opposition in veteran striker Jermain Defoe that day.

The defender is now looking forward to a duel against Steven Gerrard’s attacking maestro Morelos on Sunday.

McCarthy lauded Morelos as one of the best strikers in the Scottish Premiership and is gearing up to test his own mettle against the 24-year-old Colombian.

“It was great to play against Defoe on my league debut”, McCarthy was quoted as saying by the Daily Record.

“And if Alfredo Morelos plays on Sunday then I’ll look forward to that one..

“He’s reportedly worth £20m so the chance to test yourself against someone of his quality will be brilliant..

“The whole country knows what he can do when he’s on form so we’re expecting a tough game.”.