Liverpool are emerging as the leaders in the chase to sign Watford star Ismaila Sarr, ahead of Crystal Palace, according to the Evening Standard.

The Senegalese international has become a wanted man, with the player attracting interest from clubs in the Premier League and Europe, following his performances this season for Watford.

Watford are determined that Sarr will command a fee of around the £40m mark and Liverpool, Crystal Palace and Wolves are all keen, along with sides in Germany and Spain 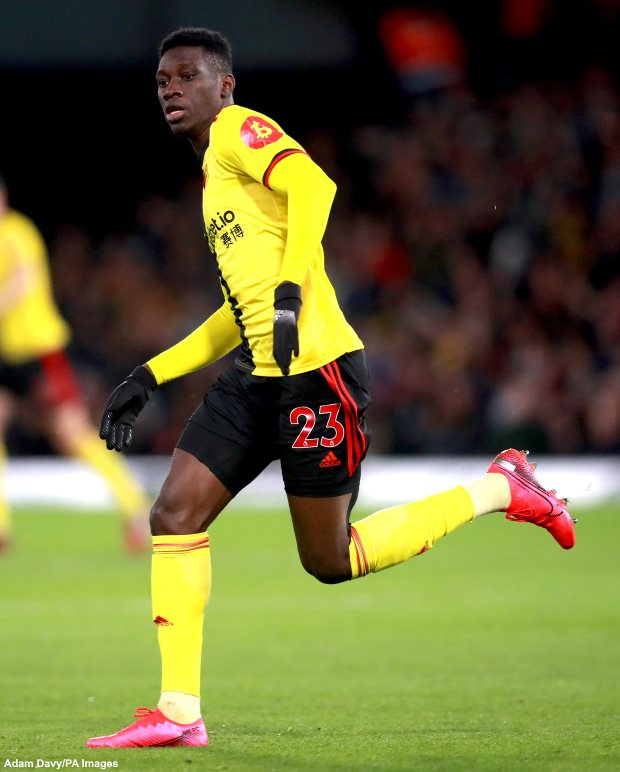 Crystal Palace, who scouted the winger at Rennes, have expressed an interest in signing him, but it is claimed that Liverpool are the team now out in front to secure Sarr from Watford.

And Sarr, it is suggested, would be keen to make the move to the Premier League champions.

The Merseyside-based club have watched the former Metz player, who fits the profile of players the side usually look for in the transfer market.

It remains to be seen if Crystal Palace or Wolves firm up their interest and look to move ahead in the race.

However, Watford are demanding a fee of around  £40m for the 22-year-old and that could prove to be a stumbling block, given the changed football landscape.