Manchester United are continuing to probe the possibility of signing Barcelona youngster Ansu Fati, but the Catalan giants remain adamant that he is not for sale.

The 17-year-old winger has broken into the Barcelona first team this season and scored seven goals in the Spanish top tier.

He is considered a massive talent at Barcelona and several clubs in Europe are interested in snaring him away from the Nou Camp. 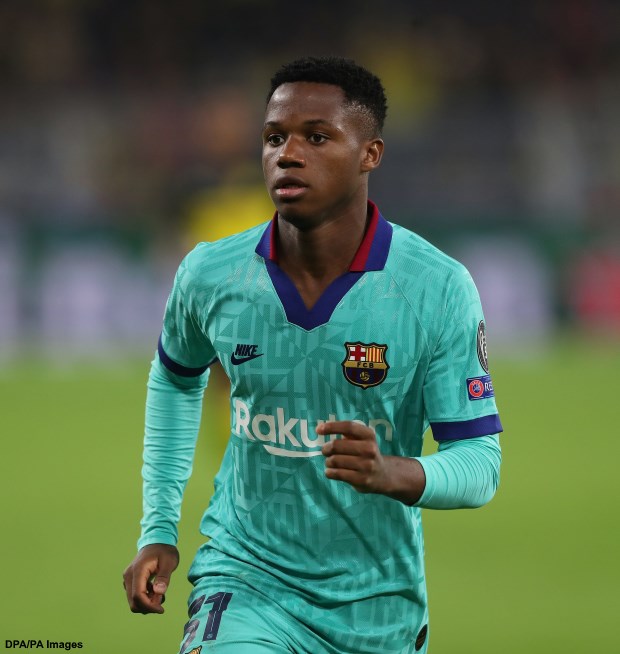 Manchester United have been insistent on the possibility of signing him and after being rebuffed by Barcelona earlier in the summer, they are trying their luck again.

According to Spanish daily Mundo Deportivo, the Premier League giants have again asked about Barcelona about the possibility of taking Fati to Old Trafford this summer.

But Barcelona’s stance has not changed and they have made it clear that Fati is a player they do not want to sell.

The Catalan giants have been in talks with the player over a new contract and are keen to increase the buy-out clause in his contract from €170m to a much bigger figure.

Manchester United have been probing the Fati case through super agent Jorge Mendes and he asked Barcelona for a price earlier this summer.

The youngster is happy at Barcelona and they would consider selling him if he tried to force a move out of the club.