Thomas Lemar, who has been linked with Everton, has turned down a move to FC Porto and is keen to instead head to the Premier League.

The France international joined Spanish La Liga outfit Atletico Madrid from Ligue 1 side Monaco for a fee in the region of €70m in 2018.

However, the switch to Atletico Madrid has not turned out as planned for Lemar, who has struggled to nail down a spot in Diego Simeone’s preferred starting eleven. 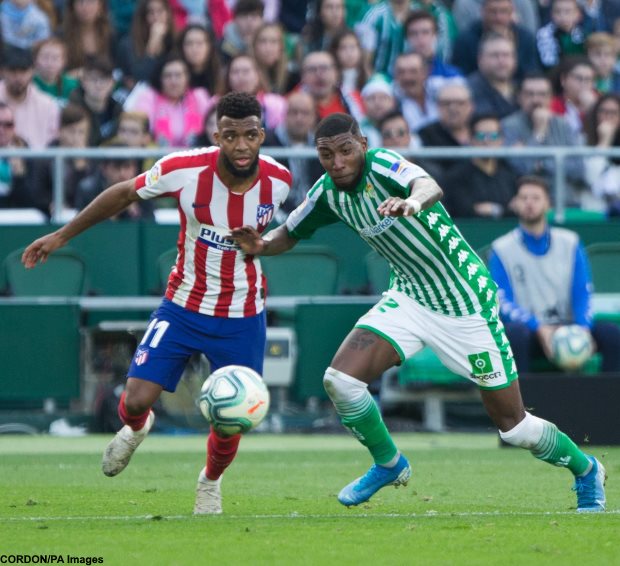 The 24-year-old has been linked with a move away from the Wanda Metropolitano Stadium, with Everton credited with an interest.

However, according to French outlet Foot Mercato, Porto have approached Lemar, speaking to his entourage to sound out the winger over a move.

Lemar though politely knocked back Porto’s approach and does not want to head to Portugal.

It is claimed that the France international favours leaving Atletico Madrid for the Premier League.

Everton are acting to strengthen Carlo Ancelotti’s squad and are expected to soon capture Allan from Napoli and James Rodriguez from Real Madrid.

It remains to be seen if Lemar also swaps the Spanish capital for Goodison Park.