Celtic legend John Hartson has hailed new Bhoy Shane Duffy as “a beast” after he helped his new side thrash Ross County 5-0 in a Scottish Premiership clash.

Neil Lennon’s side wasted no time in stamping their authority on Ross County, with Odsonne Edouard scoring from a penalty in the fourth minute and then Albian Ajeti making it 2-0 in the 20th minute.

Second half goals from Duffy (59th minute), Kristoffer Ajer (64th minute) and Patryk Klimala (75th minute) made sure it was a miserable afternoon for Ross County, as Celtic eased to a 5-0 win. 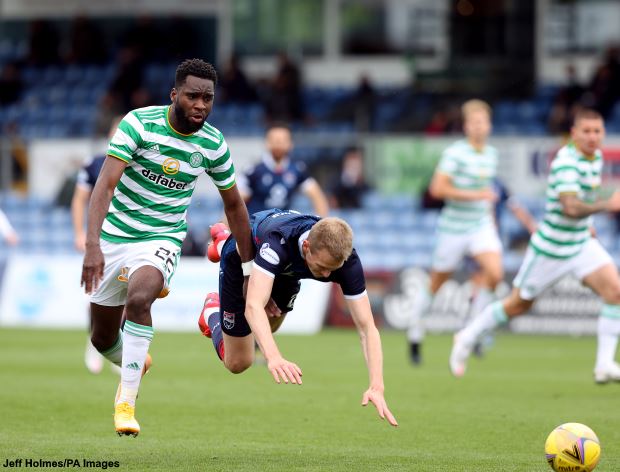 New Bhoy Duffy rose highest to power a header into the back of the net to get his goalscoring account for the club started and legend Hartson was hugely impressed with the defender.

He thinks Celtic looked good in parts and carried a real goalscoring threat during the game.

“Two forwards looked like we would score when we went forward.

“Lots of crosses into the opposition box.. just as I like it!

Brighton have agreed to cover a portion of Duffy’s wages during his loan spell at Celtic and the Scottish champions beat off a number of clubs to snap him up and tempt him north of the border.

Celtic are next in action on Wednesday night when they travel to St Mirren.