Alexander Sorloth rejected the idea of moving to Tottenham Hotspur due to two reasons, it has been claimed in Germany.

The north London outfit are on the hunt for a new centre-forward to provide cover for England international Kane and were keen on Crystal Palace hitman Sorloth, who has impressed on loan at Trabzonspor.

Sorloth now appears set to be on his way to German Bundesliga club RB Leipzig, with the player claimed to be keen on a move to Julian Nagelsmann’s side. 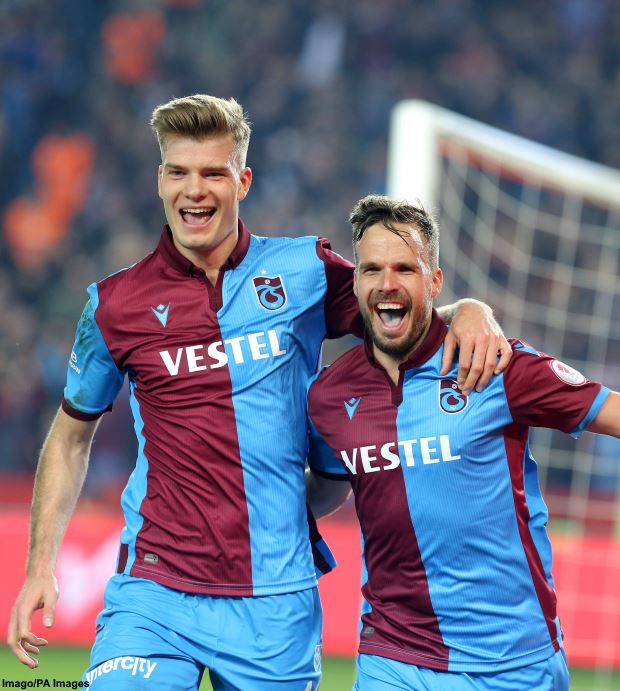 According to German daily Bild, Sorloth rejected the idea of joining Tottenham due to two factors.

The striker wants to play in the Champions League, something which Spurs cannot currently offer.

Sorloth also knows that if he joined Tottenham he would be providing cover for Kane, rather than playing on a regular basis.

As such the Norwegian was cool on the prospect of heading to north London and instead wants to join RB Leipzig.

A breakthrough in talks between RB Leipzig and Trabzonspor for Sorloth is claimed to be imminent.

Tottenham are now assessing other options as they look to sign a striker, although if Spurs can land Gareth Bale on loan from Real Madrid, it remains to be seen if they will be happy with their attacking options.