Crystal Palace are set to bank £11m from the sale of striker Alexander Sorloth to German side RB Leipzig, according to The Athletic.

The 24-year-old centre-forward is edging closer to a £22m transfer to German Bundesliga club RB Leipzig.

Sorloth joined Turkish Super Lig side Trabzonspor on a two-year loan deal last summer, but will cut-short the contract to join Julian Naglesmann’s side in Germany. 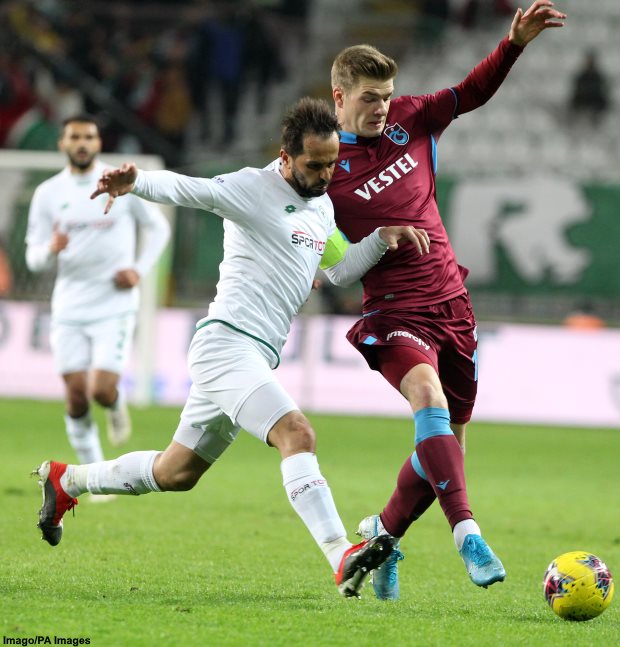 The original deal between Crystal Palace and Trabzonspor gave the Turkish club the option to sign Sorloth for £5.5m if he started 50 per cent of their games this season.

However, with the Norwegian keen to move to RB Leipzig, Crystal Palace and Trabzonspor have mutually agreed to cancel the loan and reach a compromise over the fee.

The £22m fee RB Leipzig are set to pay for the acquisition of Sorloth will be split equally between the two clubs, meaning Crystal Palace will bank £11m.

The Eagles are in line to receive double they would have possibly received from Trabzonspor.

Roy Hodgson’s side could now invest the amount to bolster their squad, with the Premier League club looking to sign Said Benrahma from Brentford.