Aston Villa are in pole position to sign Werder Bremen winger Milot Rashica and only small details remain to be resolved before he can make the move to England, it has been claimed in Kosovo.

The Kosovo international is keen to move on from Werder Bremen and the German side are prepared to sell him if their asking price is met.

Several sides are keen on securing the winger, but Aston Villa have been making the running to take Rashica to Villa Park before the transfer window closes. 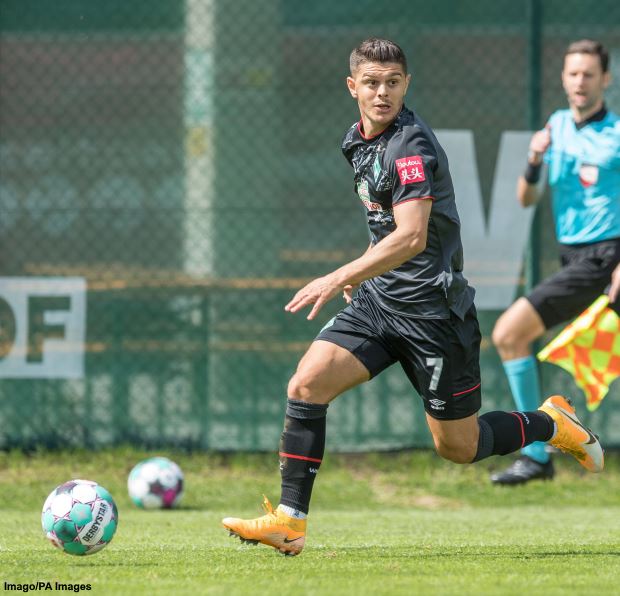 They are in pole position and, according to Kosovan journalist Arlind Sadiku, only small details remain to be resolved before the transfer can proceed.

Rashica is claimed to have told Werder Bremen that he is happy to move to England.

Aston Villa have splashed the cash this summer to strengthen Dean Smith’s squad and could be set to hand the manager Rashica in another boost.

The 24-year-old made 34 appearances across all competitions last term for Werder Bremen, scoring eleven times and providing eight assists.

Rashica found the back of the net at Bayern Munich, as Werder Bremen were beaten 6-1.