Benfica have other offers they would prefer to take for striker Carlos Vinicius, but the player prefers a move to Tottenham Hotspur.

Spurs are trying to sign the hitman from Benfica as they look to land a striker before the transfer window slams shut.

They want to sign Vinicius on loan with an option to buy, but according to Portuguese outlet Plataforma, Benfica have other offers on the table which they would rather take; they are offers for permanent transfers. 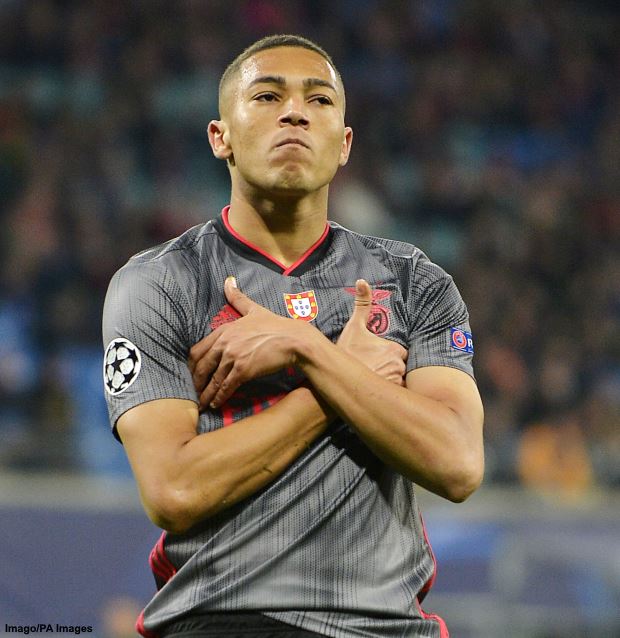 The player though wants to move to Tottenham and talks between the two clubs are continuing, though no agreement has been found yet.

Super agent Jorge Mendes is at the forefront of the talks to take Vinicius to the Tottenham Hotspur Stadium.

And Spurs, putting pressure on Benfica, have been clear that they will not wait much longer for the Portuguese giants to accept their proposal.

Spurs want to sign a striker before the window closes and if they conclude a deal for Vinicius is difficult, could switch their attention elsewhere.

They have been linked with several other options, including Napoli striker Arkadiusz Milik.