Former Liverpool midfielder David Thompson has indicated that Manchester United should not have sold Wilfried Zaha, with the winger better than two players they are targeting in the shape of Jadon Sancho and Ousmane Dembele.

Zaha was sold back to Crystal Palace in 2015 after the Manchester giants had snapped up the player from the south London outfit in January 2013.

The winger recently put his old club to the sword in Manchester United’s Premier League opener on 19th September at Old Trafford and was on target twice for Crystal Palace, who ran out 3-1 winners against Ole Gunnar Solskjaer’s side. 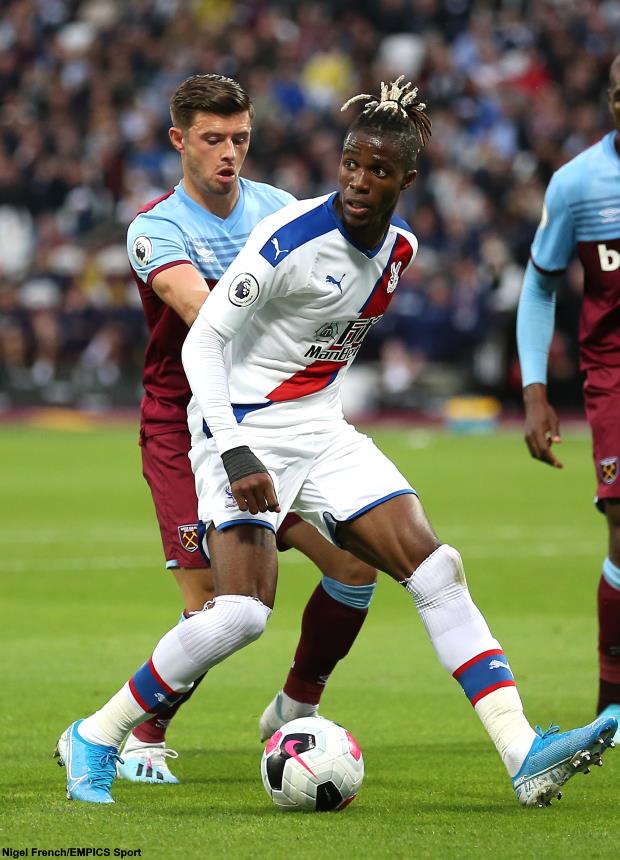 The Red Devils are currently pushing to land Borussia Dortmund’s Sancho or Barcelona’s Dembele, but Thompson is of the view that the Premier League giants would not have been in such a position if they had held on to Zaha.

He believes that Zaha, who would cost less, is the better player, and the Ivorian’s technical proficiency combined with his ability to draw in opposition defenders could have done wonders for Solskjaer’s side.

Thompson took to Twitter and wrote: “United make me laugh.

“They had Zaha he’s a better player than both and would be perfect for them now.

“He attracts two or three defenders every time

Manchester United’s first offer for Sancho amounting to £100m was knocked back by the Germans while the Red Devils are yet to make any concrete progress for Dembele.