Leeds United legend Tony Dorigo is of the view that Whites new boy Robin Koch is growing with every minute on the pitch and has hailed the German as a rock in central defence for the Yorkshire giants.

Koch arrived at Elland Road from German club Freiburg in August and the defender, who went straight into Leeds boss Marcelo Bielsa’s first team, had a tough start to life in England as he conceded two penalties in his team’s opening two league games.

However, despite a shaky start, Koch has bounced back with solid displays to reward his boss’ trust in him, helping the Yorkshire giants register their first clean sheet of the Premier League campaign against Sheffield United, while also playing a crucial role in holding Manchester City to a 1-1 draw. 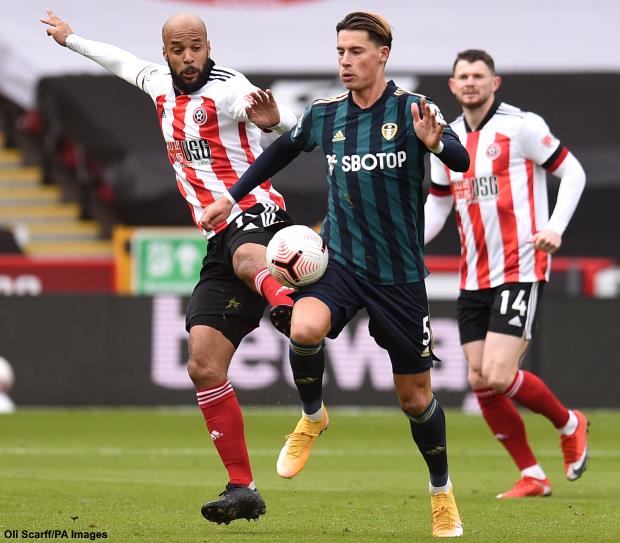 Dorigo is of the view that Koch’s quality is coming through with each passing minute on the pitch as he is growing his game rapidly.

The ex-Leeds star lauded Koch as being the rock in Bielsa’s backline as he is impressed with how the centre-back is becoming a reliable partner to Whites skipper Liam Cooper.

“One player in particular for me I like to mention is Robin Koch”, Dorigo said on LUTV.

“Again, he is growing every single game.

“I thought he was outstanding once again [against Manchester City].

“He is the rock in central defence.”

Leeds will be back in Premier League action after the international break on 19th October when the Whites play host to Wolverhampton Wanderers at Elland Road.