Celtic midfielder Scott Robertson has expressed his strong belief that a deep lying midfield role suits him the best and revealed that his strengths shine through when he is able to dictate the pace of the game.

Robertson left his parent club Celtic to join League Two side Gillingham on loan in September and the midfielder has so far registered five outings for Steve Evans’ Gills.

Despite being just 19, the Hoops loanee has already started two league games for the Kent outfit, with his boss employing him in central midfield. 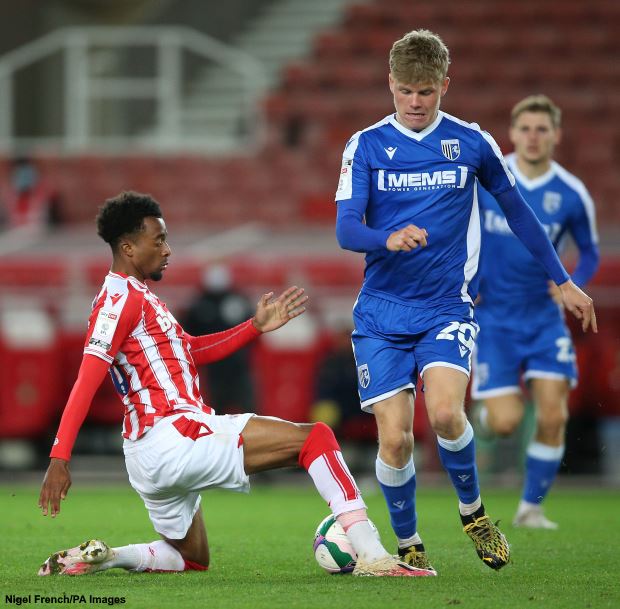 Robertson believes the demands of the deep midfield position suit his game the best as it enables him to express his strengths with maximum efficiency.

The teenager insists that his qualities come forth the best when he is able to dictate the pace of the game.

“I like being the deepest in midfield”, Robertson told The Athletic.

“Getting on the ball and dictating the game.

“But I’ve got no problem going a bit further forward as a No 8 rather than a No 6, because I think I’m not bad when I get closer to the goal as well

“I’ve changed positions quite a lot.

“When I was younger, I was played as a No 10, which I enjoyed at the time, but over the past few years I’ve not been enjoying it as much.

“I thought it’d be more effective, for me and the team, to play further back.

“Just to get on the ball more, which I’ve taken into my stride over the last year or so and it’s helped me massively.”

Robertson, a fixture of Celtic’s reserve team, made his senior debut in the Europa League last season away at Romanian outfit Cluj.