Leeds United star Luke Ayling has revealed that Whites winger Helder Costa has taken club new boy Raphinha under his wing and believes the Brazilian is great addition to the Elland Raod side.

Whites boss Marcelo Bielsa added to his attacking arsenal at Elland Road by roping in Raphinha on the final day of the international transfer window from French Ligue 1 side Rennes.

The former Rennes star is currently in an alien environment, having not tasted English football previously in his young career. 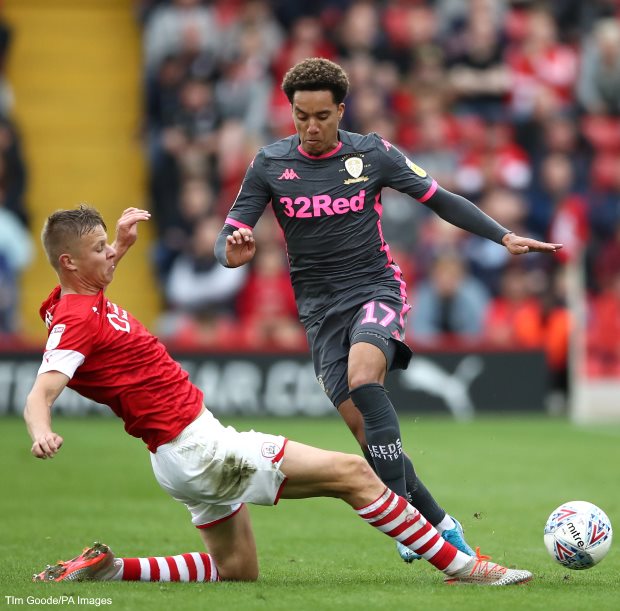 However, Leeds right-back Ayling revealed that Raphinha is made to feel at home as Costa has taken the 23-year-old under his wing, as both players share Portuguese as their mother tongue.

Ayling is impressed by the way Raphinha has so far adapted to life in Yorkshire and the full-back has backed the Whites new boy to kick on in England.

“He’s come straight in, he’s fitted straight in with the boys and Helder Costa has taken him under his wing a bit because they both speak Portuguese and everything”, Ayling told BBC Radio Leeds.

“I think we have got a good player on our hands.

“Obviously he has not met the other lads but we will get back together and it will be exciting.”

Raphinha is yet to meet all his new team-mates since arriving at Elland Road with some of the Leeds first-team players yet to return from international duty.

The winger could make his Leeds debut on Monday with the Whites set to square off against Wolves in the Premier League.