Crystal Palace are edging closer to the signing of goalkeeper Jack Butland from Stoke City, according to The Athletic.

The London-based club have been forced to spring into action after Wayne Hennessey suffered an injury while on international duty with Wales.

Crystal Palace have conducted medical checks on the player and Hennessey could be ruled out well into the new year, forcing them to look for a new back-up goalkeeper. 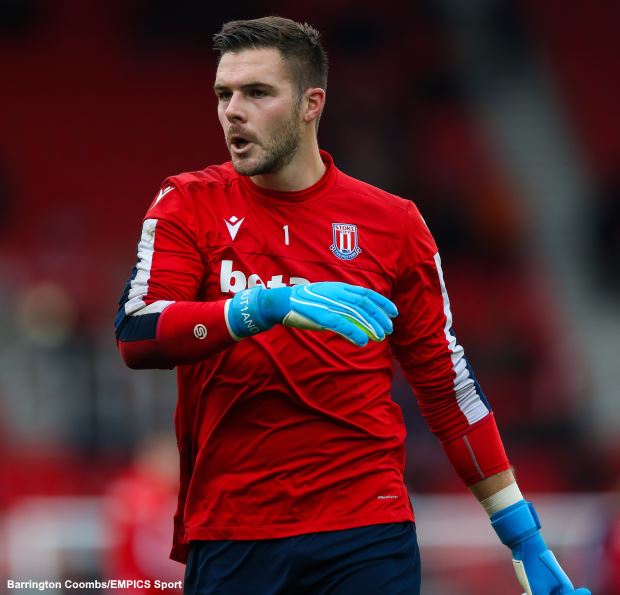 The Eagles have identified Stoke star Butland as a candidate to provide cover for first-choice goalkeeper Vicente Guaita in the absence of the Welshman.

And now, Crystal Palace are edging closer to completing the signing of the 27-year-old from the Potters, with hours to go before the window closes.

The Selhurst Park outfit are set to acquire the services of Butland from Championship club Stoke for a nominal fee, which is yet to be revealed.

Butland is set to put pen to paper on a three-year deal with Roy Hodgson’s side and could be included in their matchday squad to face Brighton on Sunday.

With Butland’s exit close to being sealed, Stoke, who have been linked with Southampton’s Angus Gunn, could jump into the market to sign a new goalkeeper.