Steven Gerrard has expressed his delight at the way his Rangers side controlled the game against Celtic in their win in the Old Firm derby at Parkhead, but has called on his troops to remain humble.

Rangers defender Connor Goldson scored twice in each half to help the Gers fashion a big win over Celtic in the derby at the home of their most hated rivals.

Gerrard’s side were the better team in the game and Celtic failed to create any meaningful chance in the second half as Rangers scored a comfortable victory on enemy turf. 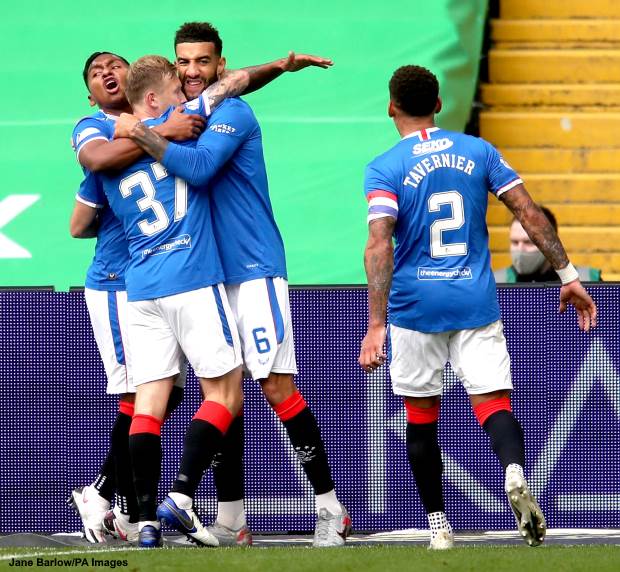 The Rangers boss does not believe his side were at their best on the day, but he was delighted to see the controlled performance they produced on the biggest of derby days.

He feels his side dealt with everything Celtic had to offer, but insisted that they must keep their feet on the ground in the coming weeks to build on the win.

“I don’t think we were at our fluent best, but we’ve come here and controlled the game with and without the ball. Allan McGregor hasn’t really been tested.

“Celtic threw everything at us.

“They started with Klimala, brought on Griffiths – who has scored in this game before – Ajeti and Turnbull, good players worth a lot of money.

“That’s where I’m most pleased with my team – we controlled everything Celtic threw at us and managed the game really well.

“We could maybe have scored more.

“There will be no getting carried away.

“We need to remain humble.”

Rangers won against Celtic before the winter break last season but their form fell off a cliff in the second half of the season as they surrendered the title to the Bhoys.