Manchester United legend Denis Irwin has insisted that Axel Tuanzebe needs to feature in a run of games and prove that he can remain fit in order to cement a place in the Red Devils backline.

Tuanzebe missed ten months of competitive football due to injury before he was thrown in at the deep end against Paris Saint-Germain in a Champions League game on Tuesday night.

And the 22-year-old centre-back was a towering presence and has earned widespread praise for his astute performance against Neymar and Kylian Mbappe as Manchester United won 2-1 at the Parc des Princes. 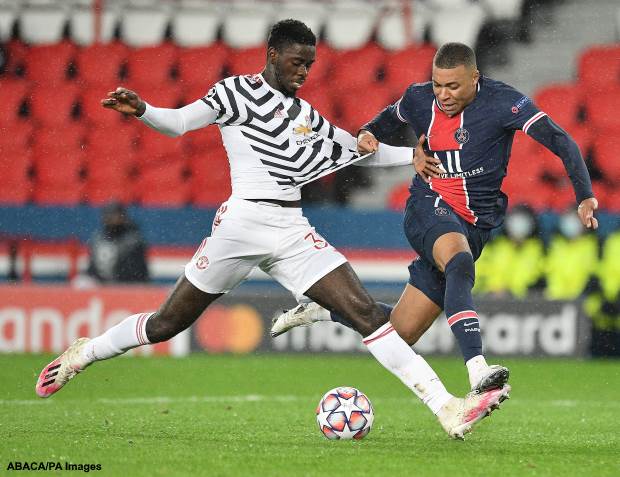 The centre-back has been rated as a big talent since his days in the Manchester United academy and has captained the club at each age group.

He even had a loan spell at Aston Villa and was expected to kick on last season, but missed the second half of the campaign due to an injury.

Irwin feels Tuanzebe showed his talent against two of the best forwards in world football on Tuesday night, but admits that he now has to prove his fitness by playing in a run of games.

The former defender believes there is a place in the Manchester United defence to be earned by Tuanzebe if he can remain fit.

Irwin said on MUTV: “Axel’s first game back in ten months and the way he defended against top-quality players as well.

“Talking about Mbappe and Neymar, two of the best players in the world, and he coped very well.

“What we need of Axel is now a run of games where he doesn’t pick up an injury and then see where he goes from there.

“There is an opportunity for a centre-half and let’s hope he keeps fit.”

It remains to be seen whether Tuanzebe retains his place in the team when Manchester United host Chelsea at Old Trafford on Saturday.