Former Liverpool star Rhian Brewster has revealed that he could not say goodbye to his Reds team-mates before his move from Anfield to Sheffield United.

Jurgen Klopp’s men locked horns with league rivals Arsenal in the EFL Cup on 1st October, the same day Brewster had the first part of his medical with Sheffield United.

The 20-year-old striker went on to join Chris Wilder’s side in a £23.5m deal the next day, while the Reds succumbed to a penalty defeat to the Gunners. 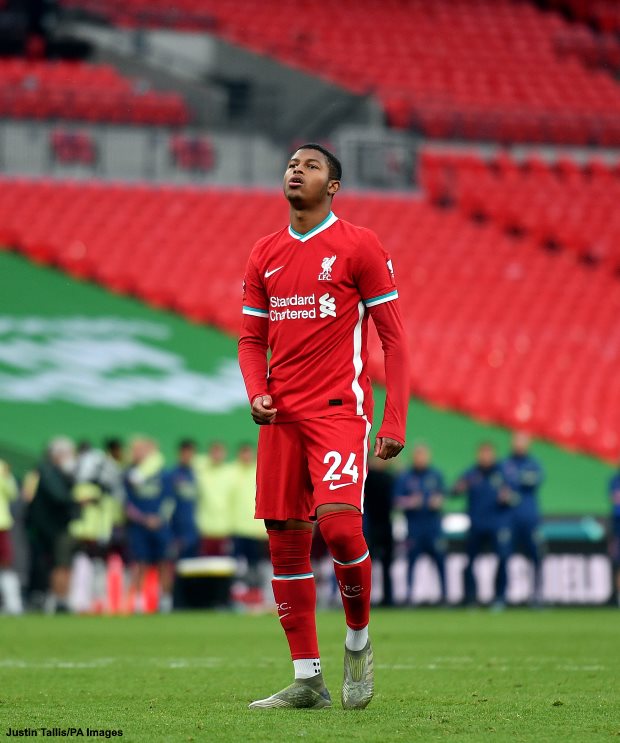 When Brewster left after training with Liverpool on Wednesday he did not know he was not going meet his team-mates again, but two days later he was no longer a Reds player.

Looking back at his quick switch from Anfield to Bramall Lane, Brewster has revealed that he did not get to say goodbye to his Liverpool team-mates.

“They had the game on a Thursday and I had my medical“, Brewster told the Daily Telegraph.

“I didn’t even know on the Wednesday that I wasn’t going to see them again.

“I kind of didn’t get to say goodbye to everybody because it happened so quick.”

Although Brewster could not bid adieu to his Reds team-mates, their paths are set to cross with less than a month gone as Sheffield United visit Anfield on Saturday.