Poland FA chief Zbigniew Boniek has warned Everton and Tottenham Hotspur target Arkadiusz Milik to resolve his situation at club level ahead of Euro 2020 next summer.

The Poland striker was expected to move on during the last transfer window after entering the final year of his contract at Napoli, but stayed put.

Napoli moved forward with plans for life without Milik and the striker has not featured for the Italian giants in the current campaign, something which is now concerning his national team; he has not been registered in Napoli’s Serie A squad 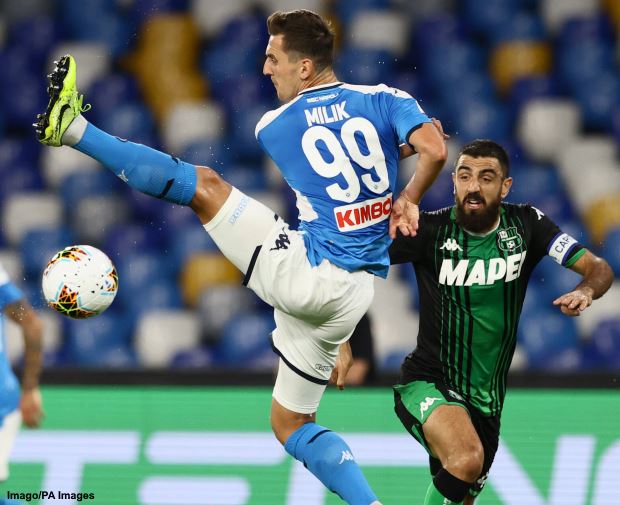 And Boniek has warned Milik that he needs to resolve his situation at club level as he could risk missing out on Euro 2020.

Everton and Tottenham have been linked with rekindling their interest in Milik, while Juventus are another potential destination, though Boniek does not see a move to Turin happening.

Asked about whether Milik could move to Juventus in the upcoming transfer window, Boniek said on Italian radio station Radio Kiss Kiss: “I don’t know, but I don’t think he’s going to Juventus.

“But I don’t know anything.

“I hope he will find an agreement with Napoli otherwise he risks not going to the European Championship.”

Milik is likely to attract significant interest in the approaching January transfer window due to his contractual situation and desire for regular football.