Tottenham Hotspur manager Jose Mourinho has named his starting eleven and substitutes for his side’s Premier League clash against Manchester City at the Tottenham Hotspur Stadium this evening.

With Matt Doherty ruled out, Serge Aurier has made his way into the starting eleven and will complete the back-four alongside Toby Alderweireld, Eric Dier and Sergio Reguilon. 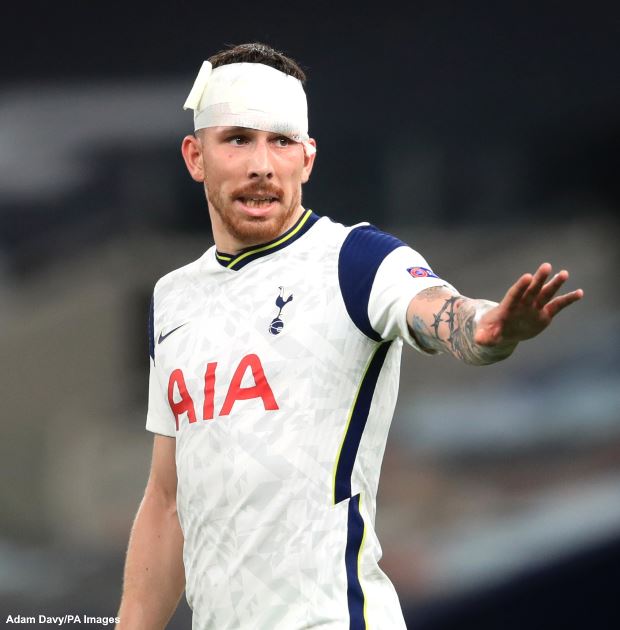 Moussa Sissoko and Pierre-Emile Hojbjerg will provide solidity at the base of the midfield, with Tanguy Ndombele tasked with the job of providing creativity from the middle of the park for Tottenham.

Spurs captain Harry Kane will lead the line for Tottenham this evening, with Heung-Min Son and Steven Bergwijn providing support from the wide areas.

Gareth Bale, Giovani Lo Celso and Carlos Vinicius are some of the options Mourinho has on the bench today.

Tottenham did beat Manchester City when the two sides last met in January this year with Bergwijn and Son scoring in 2-0 win for the north London club.