Noel Whelan has admitted to being disappointed by what Arsenal served up against Leeds United at Elland Road and feels the Gunners should have started Eddie Nketiah ahead of Nicolas Pepe.

Arsenal resisted pressure from Leeds during the Premier League encounter to grab a 0-0 draw, having seen Pepe given his marching orders in the 51st minute.

Leeds hit the woodwork on several occasions and counted themselves unlucky to end the game with just a point rather than all three. 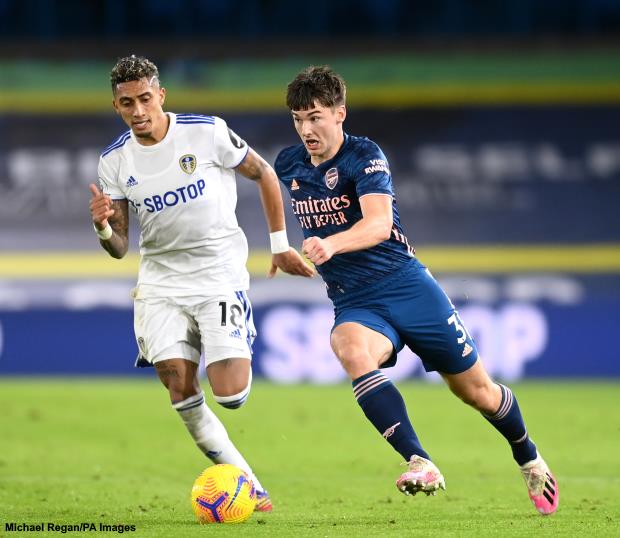 Whelan admits he was expecting to see more from Arsenal and believes Leeds outplayed the Gunners.

He feels that Gunners boss Mikel Arteta should have played former Leeds loanee Nketiah instead of Pepe.

“I was quite disappointed with them [Arsenal], I was expecting a bit more”, Whelan admitted on BBC Radio Leeds.

“You’re talking about Pepe, I think Nketiah would have been better than Pepe.

“He’s done nothing and then gets himself sent off for petulance.

“Still Arsenal, still got great players, but we dominated them.

“We out-footballed them, again”, he added.

Arsenal have struggled to score goals in the Premier League this season and have now managed just nine goals in their nine league games.

Leeds had conceded eight goals across two games prior to their meeting with Arsenal however and will be boosted by the clean sheet.

Arsenal And Leeds United Linked Julian Draxler Aware Of His Next Destination Fenerbahce Prepared To Wait For Mesut Ozil Easy To Get Carried Away But Arsenal Need More Time – Gunners Legend Granit Xhaka Commits Petty Fouls, He Will Cost You – Arsenal Legend