Roma midfielder Amadou Diawara has insisted that he sees himself having a future at the Stadio Olimpico, despite being linked with Premier League pair Leicester City and West Ham United.

Diawara was strongly linked with an exit from Roma during the recent transfer window, with Arsenal interested in securing his services.

He stayed put at Roma beyond the end of the window, but is again attracting admiring glances from the Premier League ahead of the now rapidly approaching January window. 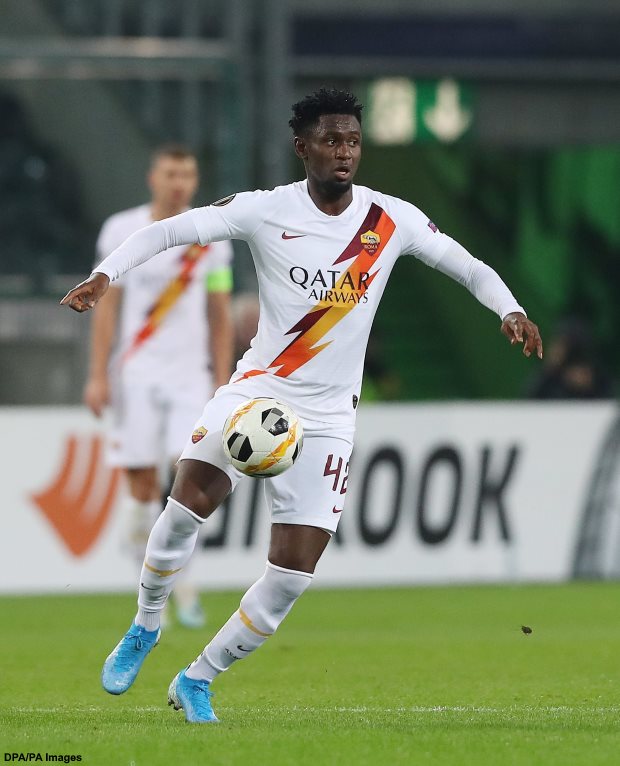 Both Leicester and West Ham are fans of his abilities and could make a move to try to take him to England in the new year – but Diawara has handed clubs keen on signing him a blow.

The 23-year-old has stressed he is happy at the Stadio Olimpico at the moment and sees his future as being at Roma.

Asked if he sees a future for himself at Roma, Diawara told Sky Italia: “Yes, I’m happy to be here.

“I am seeing a team who are growing

“And it doesn’t surprise me, because we work hard on the training pitch and the work is bearing fruit.”

Roma are next in action in the Europa League on Thursday in Romania, where they are due to face Cluj.

The Giallorossi head into the game looking for a fifth win on the bounce across all competitions.