Dave King has insisted that Steven Gerrard will stay put at Rangers for at least a further two years, as he seeks to achieve continued success, barring a potential approach from Liverpool.

Gerrard was appointed the man-in-charge at Ibrox in 2018 under the supervision of King, though the Liverpool legend is yet to win silverware for the Glasgow-based side.

The 40-year-old has won plaudits for his work, not least in Europe, and has been linked with a number of club jobs over the course of his time at Ibrox. 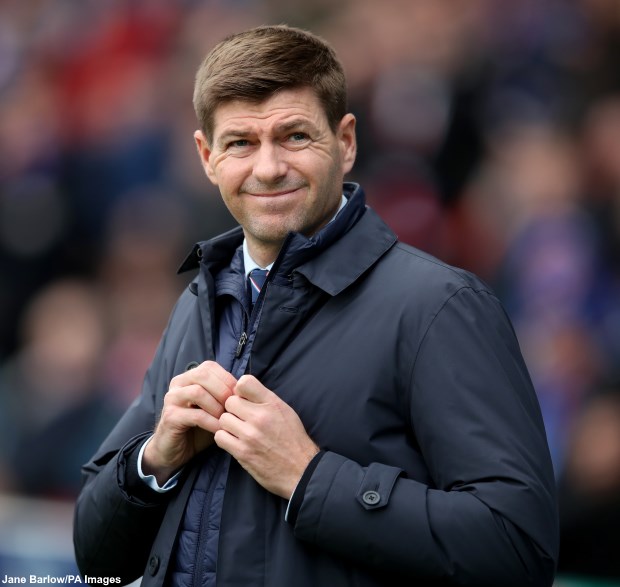 King believes that though Gerrard’s departure is inevitable, it will not happen anytime soon because he has still work left to do.

The former Rangers supremo insists that Gerrard is not driven by money and will want to stay at the club following a title win to try to do it again and push forward with the Gers in the Champions League.

“I think it’s [Gerrard’s leaving Ibrox] inevitable, I guess, that there will be suitors but I certainly get no sense from Steven that he has any intention of leaving Rangers anytime soon”, King said in a Q&A session with STV.

“He’s not the type of person – as I understand it – that is going to be flattered by money. I think Steven is trying to do the right thing for himself, for his career.

“I don’t think Steven, he’ll speak for himself, but in my experience of him, I don’t think he’d think the job would be done even winning one title this year.

“I think he’d want to cement that with one or two years more and maybe have a go at the Champions League.”

King does admit an approach from Liverpool could change things, but does not beleive that is on the horizon.

“In my view, Steven sees himself as being at Rangers for the next couple of years and I don’t see him being tempted away, barring one club, and I don’t think that opportunity is available shortly.”

Gerrard has Rangers well place to stop Celtic winning their tenth league title in a row, but his Gers side fell off the pace in the second half of last season and the season before.