Celtic have revealed their starting line-up and substitutes to lock horns with rivals Rangers at Ibrox this afternoon.

Neil Lennon’s men are 16 points behind Rangers in the Scottish Premiership standings, but do boast three games in hand and winning at Ibrox would spark renewed hope of successfully defending their title. 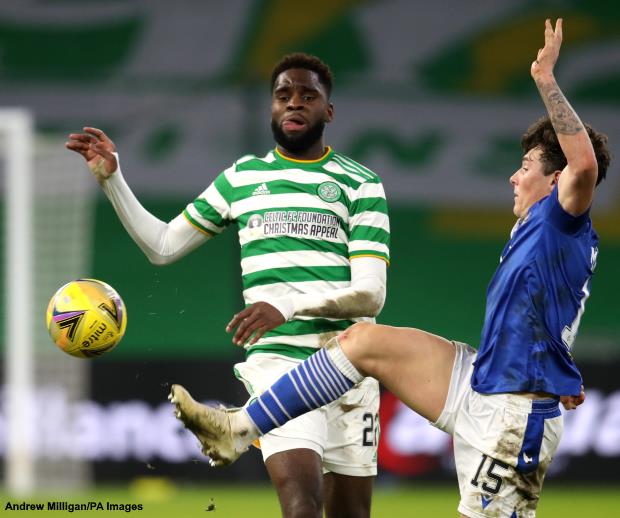 Celtic have found form in recent weeks, clocking up four league wins in a row, over Kilmarnock, Ross County, Hamilton and Dundee United.

Winger James Forrest remains out of action, while Christopher Jullien is also out.

Lennon picks Vasilis Barkas in goal for the derby clash, while Jeremie Frimpong and Diego Laxalt slot in as full-backs. Kristoffer Ajer and Nir Bitton are the centre-backs.

If Lennon wants to try to influence the game from the bench then he has a number of options, including Mohamed Elyounoussi and Scott Brown, at his disposal.