Ligue 1 Star On Arsenal’s Radar But Below Bundesliga Option

Paris Saint-Germain winger Julian Draxler is on Arsenal’s shortlist of potential signings, but is behind Borussia Dortmund’s Julian Brandt as an option, according to German daily Bild.

The Gunners are on the hunt for a creative midfielder this month and have been linked with a move for Norwich City’s Emiliano Buendia.

The Argentine playmaker is claimed to be one of Mikel Arteta’s top targets, but the Canaries’ asking price of £40m could be too much for Arsenal to afford. 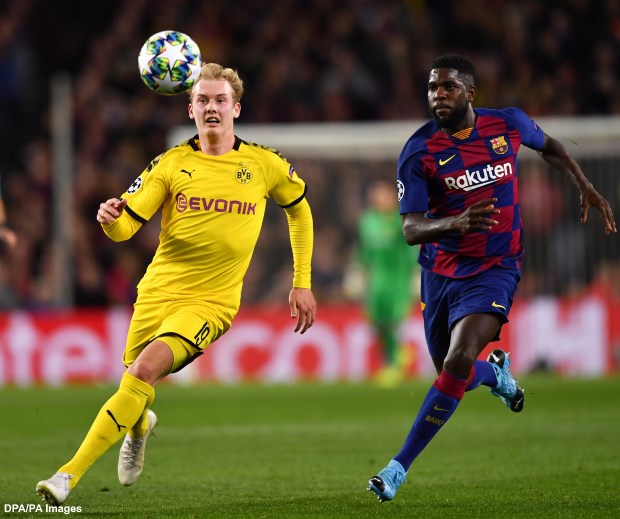 Priced out of a move for Buendia, the north London outfit have been credited with an interest in Borussia Dortmund star Brandt, while also being linked with PSG’s Draxler.

And Arsenal do have Draxler on their radar, but have placed him beneath Brandt on the shortlist of potential targets.

The 27-year-old has his contract with PSG running out in the summer and could be available on a cut-price deal should Arteta’s side decide to pursue a move for him.

However, with Brandt placed ahead of Draxler on the list, it is unclear if the Gunners will choose to approach the French champions with a formal offer.

Draxler has been keen to see out his contract at PSG as he is enjoying the lifestyle in the French capital.