A return to Tottenham Hotspur from Inter during this month’s transfer window has not been ruled out, but is unlikely to happen, according to The Athletic.

Eriksen left Spurs to move to Inter in January last year as part of his plans to experience something new at a different club, but he has failed to replicate his Tottenham performances at the San Siro.

He has struggled to win over coach Antonio Conte and Inter are now keen to offload him and his €7.5m per year salary. 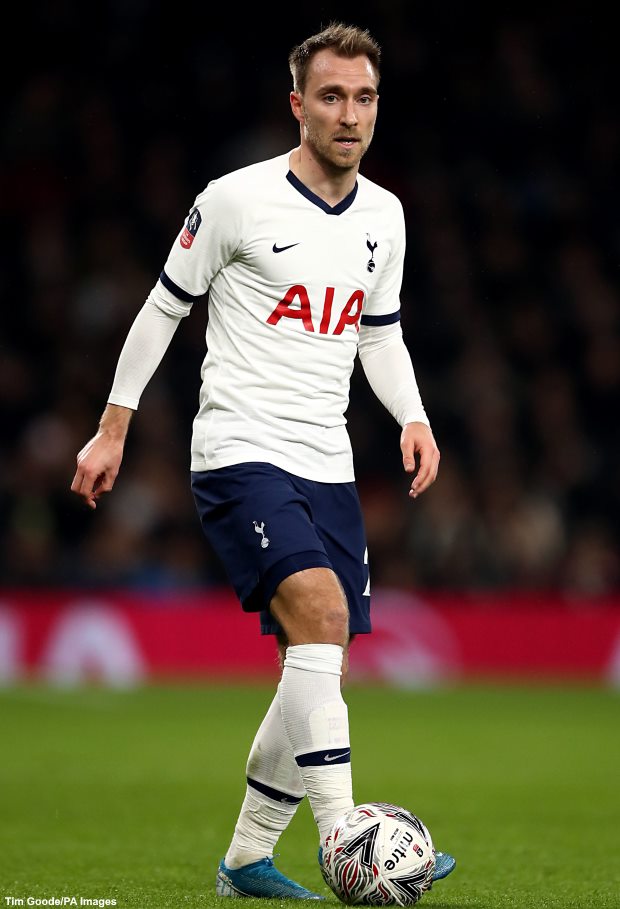 Inter are open to listening to offers for the player and he has been heavily linked with a reunion with Mauricio Pochettino at Paris Saint-Germain this month.

He has also been linked with a return to Tottenham during the ongoing window.

It is claimed that a return to Tottenham is unlikely, but cannot be completely ruled out.

He is one of the highest-paid players at Inter and the low tax rate in Italy means Spurs would have to pay him a big amount to meet his €7.5m net he currently earns.

Eriksen is also 29, which could count against him, though if Spurs offload Dele Alli then a deal for the Dane could become more realistic.