Noel Whelan has admitted he is sick and tired of Leeds United failing to enjoy good runs in the FA Cup.

Leeds were crushed 3-0 by fourth tier side Crawley Town on Sunday in a shock result and crashed out of the FA Cup at the third round stage.

The exit continues Leeds’ poor record in the FA Cup, with recent exits against Arsenal, QPR and Sutton United now being added to with a loss at Crawley. 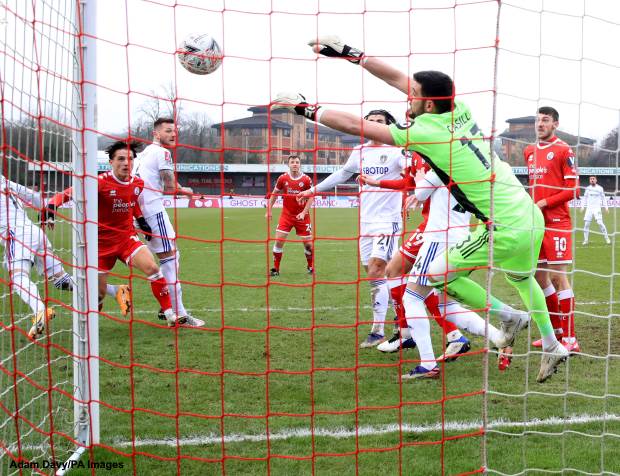 Former Leeds forward Whelan admits he is sick and tired of the Whites not enjoying a run in the FA Cup and feels the Crawley game was in many ways a must win for the side.

He believes that having lost at Tottenham Hotspur, Leeds needed to return to winning ways ahead of meeting Brighton in the Premier League.

Whelan said post match on BBC Radio Leeds: “This is an FA Cup third round against Crawley when you need to get a win going into Brighton to take some confidence on the back of a defeat against Tottenham.

“I want to be in the next round.

“I am sick and tired of being whipping boys for second division sides and non-league sides in the FA Cup.”

Leeds will now put their full focus on the Premier League, with Graham Potter taking his Brighton side to Elland Road on Saturday, a game that is then followed by a visit from Ralph Hasenhuttl’s Southampton.