Northampton Town boss Keith Curle has revealed that his club have been keeping tabs on Leeds United striker Ryan Edmundson for some time and is of the view that mobility, hard working mentality and aggressiveness are some of the excellent attributes he possesses.

The 19-year-old put pen to pare on a loan deal at the PTS Academy Stadium on Thursday that will see him link up with Cobblers boss Curle for the remainder of the season.

Edmondson returned from his loan stint at Scottish Premiership outfit Aberdeen on Sunday, where he spent the first half of the campaign, registering 16 appearances and scoring two goals. 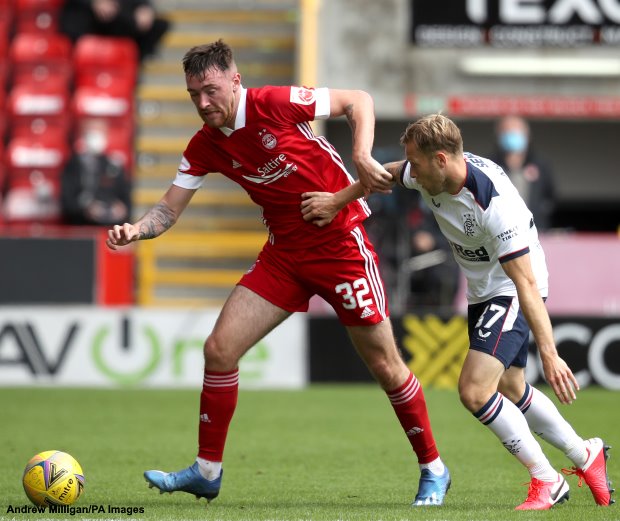 Curle expressed his delight in snapping up Edmondson, who is someone willing to go the extra mile for his team, with the 57-year-old picking out his mobility, hard working mentality and aggressiveness as some of the excellent attributes he possesses.

The Northampton boss also revealed that his team had been keeping tabs on the teenager for some time, stressing that it is a testament to the pathways they provide young players to develop that the Yorkshire giants are happy to allow Edmundson to join them.

“Ryan has a lot of excellent attributes and I am really pleased we are able to bring him to the club”, Curle told Northampton’s official site.

“He is a mobile, hardworking, aggressive centre forward.

“He has a hunger and a desire to score goals and he is capable of scoring different types of goals.

“Beyond that, he is someone who can link play well, he also has an excellent work ethic and is someone willing to go the extra mile for the team.

“He is a player we spotted a while ago and have tracked for some time, we tried to sign him in the last transfer window and I am delighted we have been able to secure his signature now.

“It is also pleasing that Leeds United have seen how we help to develop young players and are happy to allow Ryan to join us at this stage of his career.”

Edmondson made his Leeds first team debut in the Championship at the age of 16, but his contract at Elland Road is set to end next summer.